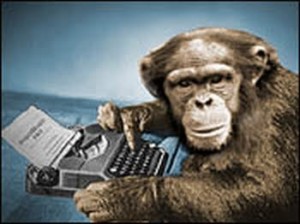 Itâs a Saturday morning and Iâm sitting on the couch, surveying the remains of yesterdayâs shred-fest (I cleaned out the spare room, which used to be my study) and waiting for the coffee to kick in. It seems as a good a time as any to review last year and plan for this year.

The last six months of the year were not much fun due to stresses and uncertainties with the day job – like the majority of writers, I too need a day job to pay the bills and when that is under threat due to organisational pressures beyond oneâs control, it causes a bit of a strain. Iâve spent a large part of the last six months being, well, kind of grumpy. So, apologies to anyone who got the sharpish edge of my grumbles.

What kept me on the path was the wonderful combination of my Family and my Significant Other – patient, wonderful, loving people who know enough to let me rant then give me choclit. Luckily, the work situation has fixed itself up – new job, fewer days, more money and therefore more time to write. And I have resolved to not stress about stuff as much and to do yoga more. Huzzah!

It wasnât all stressful and it was kinda filled with awesome as far as writing was concerned:

The short film Sisters, based on my micro-fiction Sunday Drivers, was released. A short film based on The Jacaranda Wife is in the works. I also sold stories to Innsmouth Free Press for their February 2011 issue (âRising, Not Dreamingâ) and Ticonderoga publications for the 2011 vampire anthology, Dead Red Heart (âSun Fallsâ). And, most excitingly, Lisa L. Hannett and I signed a contract with Ticonderoga for a collection of short stories called Midnight and Moonshine, to be released into the wild in 2012.Â  And my Significant Other made my first ever book trailer!

I attended the last Aurealis Awards held in Brisbane last January. I went to AussieCon 4 in Melbourne last September – which was great and I was lucky enough to share a book launch with Kaaron Warren – she launched Dead Sea Fruit and I launched The Girl with No Hands and Other Tales (why yes, I did promise the publisher my next book would have a shorter title).

Movies I enjoyed the most … I must be honest and say Red. Why has no one given Helen Mirren a big gun before this? The script was great, there was real acting by older actors (not cardboard cut-out Hollywood twinkies). As for TV programs, well, basically Dr Who with Moffat at the helm (thank you, thank you, thank you).

Writing-wise: the plan is to finish the Brisneyland by Night first novel, while still scribbling on Well of Souls and Gate of the Dead. There will be fewer short stories (alas) mainly due to time constraints and I really, really need to get some of these novels finished. I will have my PhD exegesis (to accompany Sourdough and Other Stories) drafted and to my supervisor by the end of January and can then spend some time re-working it and making it, hopefully, more like an academic work and less like a series of ideas loosely held together with conjunctions. Next project: making a book trailer for The Girl with No Hands and Other Tales … or rather, my SO will make it and I will sit next to him going âLess orange, more green. To the left, no, your other left – hey, how about I make you a sandwich?â

Travel: will be restricted to going to SwanCon in Perth at Easter. Teaching: Iâm teaching a 6 month long short story clinic at QWC and have been asked to be one of the mentors at the One Book, Many Brisbanes masterclasses this year.

But the main thing for 2011 is writing. Writing, writing, and a bit more writing.