And Then interviews: Kat Clay 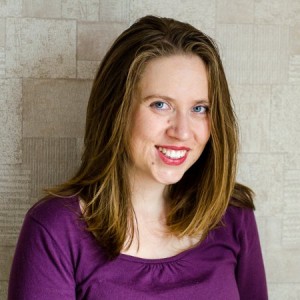 Today award-winning photographer and writer Kat Clay discusses her And Then project – and Dennis the Budgerigar of Doom.

âIn the Company of Roguesâ came out of the first novel I ever started writing, back when I was in high school. I created a world that was a satire of fantasy, probably after reading too many Terry Pratchett books, where people lived in a disgusting town called Pidderill and their main industry was sewage and chicken farming. I often ponder why there are so many tropes in epic fantasy and love to satirise them. One of those tropes was the wandering rogue, who slept with a thousand women without any consequences. I wondered what would really happen to a rogue who rogued too much… and the logical conclusion was that he would contract an STD. So my story is about Randall the Rogue who has to go on a quest to cure himself, with the assistance of his familiar, Dennis the Budgerigar of Doom. And I decided to reuse that world I came up with in my high-school years.

It sounded like so much fun! Honestly, it’s a fantastic collection of authors given free reign on a great genre. When Lindy approached me about being in it, I was just finishing up the Rogues story, so it was perfect timing.

I’m getting better at writing shorter stories, but I still struggle with a word count under 5000. I love being able to explore the characters more and tell their story. I find it easier to write long form than short, and I have a great admiration for those who can convey meaningful stories with the least words possible – poets especially!

The future of short fiction is …Â

I am excited about what can be done with short fiction and what will be done. I want to see more experimentation with form and voice, which is something that short fiction can explore by merit of its format. Also more dastardly rogues.

I am plotting a new crime novel, which I’m incredibly excited about, and I continue to write short stories across the venn diagram that is dark fantasy, weird fiction, horror and crime. My goal for 2016 is to finish this book and get some more fiction out into the ether.

Kat Clay is an award-winning photographer and writer from Melbourne, Australia. Her weird-noir novella, Double Exposure, was released with Crime Factory in 2015. In the same year, she was awarded a Melbourne UNESCO City of Literature Travel Grant. Kat has written non-fiction articles for both travel and academic magazines, including The Victorian Writer, Literary Traveler, TNT, Travel Weekly, Matador Network and Weird Fiction Review.

This entry was posted in News and tagged And Then, Kat Clay, Terry Pratchett. Bookmark the permalink.