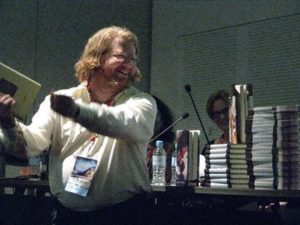 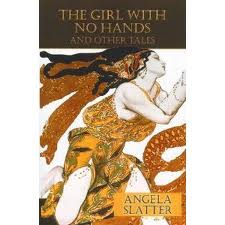 th No Hands and Other Tales!

To the left is Russell B. Farr of Ticonderoga Publications in full flight, launching TGWNH and the phenomenal Kaaron Warren’s Dead Sea Fruit. We were at AussieCon4 in Melbourne, Australia’s last hosting of the clans for WorldCon.

TGWNH went on to win the Aurealis Award for Best Collection, which was nice! Cover by my gorgeous Brain, Lisa L. Hannett.

This means it’s also the anniversary of Sourdough and Other Stories, which came out from Tartarus Press a couple of weeks before TGWNH!