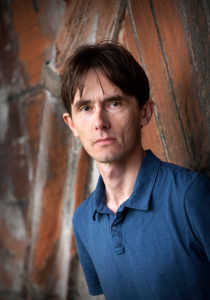 Gary Kemble’s award-winning short fiction has been published in Australia and overseas. His debut novel Skin Deep was published in 2015 by Echo Publishing. The follow-up, Bad Blood, is out now. When he’s not writing or being a dad, he works as a digital journalism specialist. You can find him on Twitter: @garykemble and Bad Blood will be launched at Avid Reader on Thursday 21 July, 2016.

1. First of all, what do new readers need to know about Gary Kemble?

I’m a Brisbane-based writer and journalist, and I’m drawn to the dark side.

2. How did your first novel, Skin Deep, come about?

I had this concept kicking about in my head for a long time, about tattoos spontaneously appearing on someone’s body. I’ve always wanted to write a series of books about a journalist investigating paranormal events. The two ideas clicked. And then I was extremely fortunate to get an Australia Council grant, which allowed me to take time off work to research and write Skin Deep.

3. When did you first start writing and can you remember the first thing you finished?

I remember in primary school we used to write and illustrate stories and then our teachers would help us turn them into books (in other words staple the pages together). The two I remember most are ‘Back from the Grave’ (about a ‘Master of Weapons’ with a black Trans-Am, battling an evil ghoul) and ‘Lost in Space’ (about a space explorer coming to a grisly end).

4. How did you come into contact with Echo Publishing? 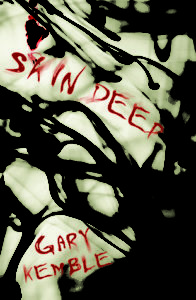 My wonderful agent Alex Adsett was trying to find a home for Skin Deep. She contacted me and told me she had a publisher interested, but they were a new publisher — so new they didn’t even have a name yet! Skin Deep was Echo’s first Australian fiction title.

Stephen King is a huge influence and inspiration to me. The Shining was the first book that made me genuinely scared. I love Kurt Vonnegut’s books because he breaks the rules and it works. Over the years I’ve read lots of Harry Harrison, Tom Clancy and John Birmingham. Nick Earls also holds a special place in my heart — Zigzag St was the first Brisbane-set book I read that really resonated with me.

6. How did your second Harry Hendrick novel, Bad Blood, come into being?

If I’m after a comfort read I’ll generally pick up a Stephen King classic, like Salem’s Lot or The Stand (not necessarily to read the whole thing). Generally though I’m quite gregarious. I save up a stockpile of books and have a big reading session over the summer holidays.

On Writing by Stephen King. I really appreciated his no-bullshit approach to writing, which boils down to: ‘just write, and never give up’. He also provides an insight into his own development as a writer and a person. I often find myself remembering the anecdote about the rail spike he had in his room as a teenager, which he would use to spike short story rejections. 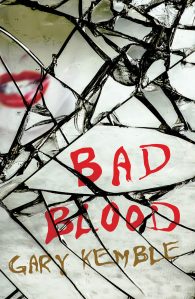 9. You invite five fictional characters for dinner and shenanigans: who makes the guest list?

10. Whatâs next for Gary Kemble?

We’re currently in the process of moving back to Brisbane after two years in Scotland. I’m working on book three of the Harry Hendrick series, tentatively titled Stone Cold.