Before I head off into PhDery … 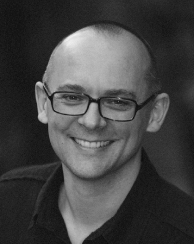 … a word from Sean Williams about indie press over at the lovely Fablecroft.

It seems strange now that there was ever a time when small press was thin on the ground in Australia, but in the early nineties publishers big and small had pretty much abandoned the field. All that remained was a tiny handful of small, independent zines, and it was in these that my stories found their first homes â from the Esoteric Order of Dagon magazine, in which I saw print for the first time exactly twenty years ago, to the future powerhouse of Eidolon, where I found a space to experiment with different types of speculative fiction and different forms of fiction, too (such as the mammoth 25,000-word âThe Perfect Gunâ, my longest story in print at that time). Under the close editorship of Jeremy G Byrne and Jonathan Strahan, I learned to be a better writer all round, garnering several Ditmar and Aurealis Award nominations, and even the odd gong or two.

This entry was posted in News, On Publishing, On Writing: General and tagged fablecroft, indie press, sean williams. Bookmark the permalink.