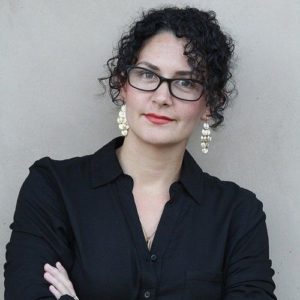 Today, Danielle Kaheaku talks about her forthcoming novel, In Extremis, and other writerly stuff. An award-winning ghostwriter and editor, Danielle KaheakuÂ has worked in the entertainment industry for the past twelve years. She has active memberships in the Science Fiction & Fantasy Writers of America, the international Horror Writers Association, and the Romance Writers Association Published Author Network. AnÂ adjunctÂ EnglishÂ professor atÂ a local university, sheÂ is the co-founder and Training Director for the San Diego HWA Chapter and volunteers as a mentor within the main HWA.Â Â

Well, outside of my professional bio, thereâs a lot most donât know. My great aunt, Patricia Medina, worked in Hollywood for years and I knew from a young age I wanted in as well. My father never made it past tenth grade and wanted me to have an education, so he pushed me to go to school and I became the first (and only female) in all of my extended family to have a college degree. I started ghostwriting full time in 2008, in both film and publishing, and have written over 60 books for clients and myself have published six books and four anthologies. I currently teach college level English and creative writing, have a real estate brokerâs license,am married, and have two kids. I hate top 40 music, love the ocean, have a soft spot for dogs, and am in a current state of grieving after a newly acquired allergy to capscium and MSG.

As a child, my fondest memories of my father and grandfather were those made traveling with them up and down the west coast while they chased seasonal construction work. I remember the excitement I felt when weâd stop at some unknown truck stop and Iâd get the green light to search the convenience store shelves for our next Louis LâAmour audio book to bide us over the next four to five hours of endless highway. Weâd sit together, crammed in the single bench seat of their truck, listening to the clip-clop of a horseâs hooves or a ricocheting bullet through deserted canyons as we immersed ourselves in tales of the untamed west. Those stories both comfort and haunt me now, reminding me of good times had and opportunities lost, and prompting both acknowledgement and acceptance of the hard, dusty road ahead of each of us and the fragile line we walk between life and death. I still have them, all those cassettes, in one of those outdated zipper cases that lines them up, spine out, as if labeling the miles and years spent on the road like a map etched somewhere deep in my soul and my voice as a writer. 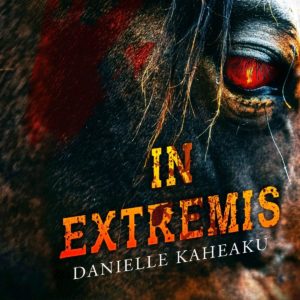 The story itself went through several changes during its conception, fluctuating between something reminiscent of a spaghetti western and a paranormal romance, it finally found its place somewhere in between in that quiet moment just between dusk and night, when the shadows coalesce into unknown forms and remind those willing to look just how small they are standing under the unfettered night sky.

Working with Kate Jonez and the OminumGatherum family has actually been a long-term goal of mine. I love the quality of work that OG puts out, and Kate is an absolute gem to work with. Iâve had interactions before with Kate via the San Diego and Los Angeles HWA chapters and events, but nothing much. We chatted a bit after the release of my latest anthology, California Screaminâ, and she had noted sheâd love for me to send something in the future. A few weeks later, I came across an old post of Kateâs saying sheâs been searching forever for her western horror. I knew OGâs reading period was closed, but I sent her a message anyway, and she was happy to take a look.

The human element. I like stories that put characters into tough situations, not just physical but emotional and moral, forcing the protagonist to make choices that will ultimately change them in the end. Dark fiction examines human nature and allows readers to connect to the characters on a deeper level.

Most of my early writing influences came actually from science fiction and fantasy. C.J. Cherryh, C.S. Friedman, Terry Brooksâ¦ Character driven stories that pushed the heroâs journey. One of my uncles was the only reader in the family, and he supplied me with âage appropriateâ books (without my fatherâs knowing) and introduced me to Anne Rice when I was ten. That was my first adventure into darker fiction, and I absolutely fell in love.

For this particular work, I went through my collection of Louis LâAmour novels as well as comparative books including The Gunsligner by Stephen King, Deadmanâs Crossing by Joe R. Lansdale, and The Hardest Ride by Gordon Rottman to help me achieve that dusty western feel in a supernatural setting. 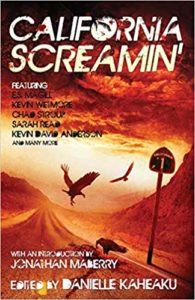 That one is tough because there have been so many.I really love villains I can learn to love. While there are many âepicâ monsters and cold-hearted killers, I tend to lean toward magnetic personalities (not necessarily their actions or motives) because of their charm or entertainment factor. Loki, Hans Gruber, Biff Tannen, Michael Corleone, Frank Costello, Vincent Vegaâ¦ You can probably notice a trend here.

I have actually always wanted to be a writer but had a rocky and unorthodox start. I hated school, being bored out of my mind, and pulled myself out of school upon graduation from middle school to homeschool myself (my parents, unfortunately, were not qualified to assist me in my studies) through high school. I found a program geared toward troubled teens on the other end of town, enrolled with my motherâs help, and found a mentor that really helped me grow my writing skills and introduced me to a few people in the industry. I moved to Hawaii when I was 19 to go to college, connected with my English professors who helped me edit and revise my first full-length novel, and then got me involved with the university press. I received my first ghostwriting contract during my senior year, and things just fell into place.

Honestly, I love watching and reading horror and not much scares meâ¦ except when kids are involved. As a parent, my biggest fear is something happening to one of them and my inability to do something about it. Doesnât really matter what rhetorical situation you could throw at me, be it demons or the apocalypse, the only thing that really scares me is not being able to protect my kids from whatever hellish monstrosity comes our way. I think thatâs why I connected to the character Catherine in my story with her drive to protect her younger siblings as the stand-in parent figure. The deep-rooted need to protect is something that drives whatever nightmares I may have.

While I have had a good run with ghostwriting over the past decade, Iâm currently focusing more on my own work and teaching career. The second middle grade novel in my Axles and Allies trilogy is also set to be released late this summer after a publishing delay,and then of course I need to finish the draft of the final book at some point. I am currently working on a dark romance series, the first hopefully to be revealed later this year.