Awesome Aussie writing stalward and First Man of the Dark, Jason Nahrung is one of the inaugural D6 authors, with his tale “The Preservation Society”. His bio reads thusly: Jason Nahrung grew up on a Queensland cattle property and now lives in Ballarat withÂ his wife, the writer Kirstyn McDermott. He works as an editor and journalist to support hisÂ travel addiction. His fiction is invariably darkly themed, perhaps reflecting his passion forÂ classic B-grade horror films and â80s goth rock. The co-author of the novel The DarknessÂ Within (Hachette Australia), his most recent long fiction titles are the Gothic tale SalvageÂ (Twelfth Planet Press) and outback vampire novel Blood and Dust (Xoum). He lurks onlineÂ at www.jasonnahrung.com.

He’s also a bloody nice bloke and an exceedingly talented one, writing some nasty stuff with a touch that is both chilling and nuanced. Here he kindly answers some questions for me:

‘The Preservation Society’ has been around for a little while, so its origin is a little misty. It was certainly informed by my experience during a 2004 visit to Cairns and snorkelling on the reef, as well as my childhood growing up on a farm: reef and beef, I guess, the two sides of the sunburnt country’s coin. The character of the auctioneer also appears in my novel Blood and Dust, and this short story was an exploration of how she does business, even though she is once again relegated to the sidelines. Tied up in that is a brief meditation on longevity and living without sunshine — everyone in this story is haunted by their past, by something they’ve given up and would do anything to get back, however briefly. 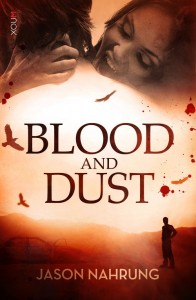 Bram Stoker won me over to the dark side, and these four all have elements of style that I simply adore but wouldn’t pretend to be able to replicate: Brett Easton Ellis, Stephen King, Margo Lanagan, William Gibson.

I was always a writer. I’ve written probably since I could read. I love expressing myself and entertaining others through the written word. English as a subject has always been my thang. But in terms of aiming to get published, well, I had a timorous tilt fresh out of university that went nowhere — I was pretty ignorant of markets and processes back then and never really believed. It was only when I moved to Brisbane at the end of the 1990s and got inspired, and informed, that I thought publication was viable, thanks largely to a Kim Wilkins workshop at Queensland Writers Centre and an introduction to the Vision spec fic writers group.

out there. We’re making waves in international markets, are renowned for genre blending and splicing; I just hope we can maintain our Australian voices in the process.Â 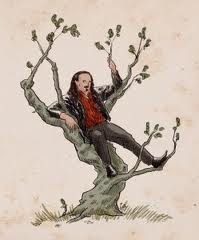 I have three! One is an old co-written MS I feel a duty to my late collaborator to try to get into print; the second is working out what to do with the sequel to Blood and Dust that the publisher doesn’t want; and the third is kicking around an idea to expand a short story into a novel of some kind, in which I get to destroy my former home town.Â