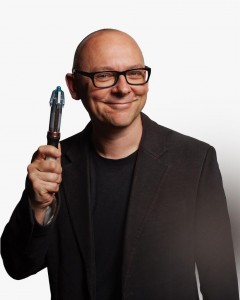 The legendary and delightful Sean Williams talks about his tale “The Legend Trap”, which appears in Fablecroft’s Focus 2014.

What was the inspiration for your story?

âThe Legend Trapâ is set in the universe of the Twinmaker series, each book of which more or less works as an urban myth. That set me wondering about what other urban myths might exist in this world, so I wrote a few of them, and at last count there were seventeen. When I was approached by the editors of Kaleidoscope for a story, something about their brief combined with the whole urban myth thing in the back of my head and out popped âThe Legend Trapâ. It wasnât supposed to be this long. The trickiest thing was to avoid being too meta at the expense of telling a good yarn with good characters and all. In the end, I was happy with it and really pleased it picked up a Ditmar Award. 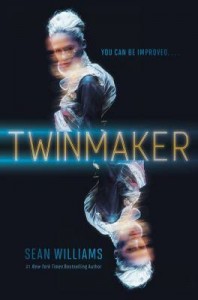 I write lots of different things for lots of different readers. Horror, SF and fantasy, mainly, for adults of all ages (from eight up), and all sorts of word lengths. Iâm restless that way, always looking for new things to try. Maybe thatâs because I live in Adelaide. I find it easier to take chances creatively when all around me is calm.

I suspect it was a combination of TV and stories, specifically Doctor Who and the novelisation of Doctor Who by Terrance Dicks, both of which I was obsessed with at an early age. The first story I remember writing was full of things I ripped off from both these sources, so I guess itâs fair to credit them/give them the blame.

At the moment, they would be Sarah Waters, Tamora Pearce, Frances Hardinge, Lee Child, and Sage Blackwood. (I feel bad that there are no Australians on this list. Will work to correct that.)

Sean Williams is the bestselling author of over forty novels and one hundred stories, including some set in the Star Wars and Doctor Who universes. His latest include Twinmaker: Fall and Troubletwisters: Missing, Presumed Evil, the latter co-written with Garth Nix. He lives just up the road from the best chocolate factory in Australia with his family and a pet plastic fish.