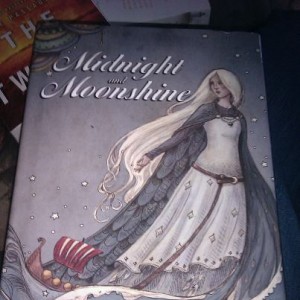 We’re running a new Goodreads Giveaway, this one for Lisa’s and my Aurealis Award finalist Midnight and Moonshine. There is also a bag with the M&M cover art on it, by the wonderful Kathleen Jennings, of course.

A reminder of what the book’s about: 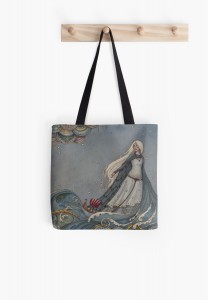 grotesque, and unnerving twists that recall the uncanny horror of original fairy tales, this collection contains a unifying, multilayered plot that draws upon Norse mythology to take the reader on a thrilling, unsettling journey.â

Peter Tennant in Black Static #39 said âHannett and Slatter have each written superb stories in their own right, but working in tandem they have reached new heights. Midnight and Moonshine is a brilliant book, a work rich in ideas and written in beautiful, evocative prose, with a sense of magic (and horror) as inextricably entwined with human existence. Itâs a book that I think will reward repeat readings as you stumble across yet more links and allusions, and appreciation grows for what these authors have accomplished.â