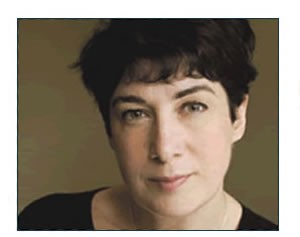 Joanne Harris (MBE) studied Modern and Mediaeval Languages at Cambridge and was a teacher for fifteen years, during which time she published three novels, including Chocolat (1999), which was made into an Oscar-nominated film starring Juliette Binoche and Johnny Depp.

Since then, she has written 14 more novels, two collections of short stories and three cookbooks. Her books are now published in over 50 countries and have won a number of British and international awards. She is an honorary Fellow of St Catharineâs College, Cambridge, has honorary doctorates in literature from the universities of Sheffield and Huddersfield, and has been a judge for the Whitbread Prize, the Orange Prize, the Desmond Elliott Prize and the Royal Society Winton Prize for Science.

I wrote it while I was staying alone in an old parsonage in Oxford. It was snowing; there was no internet or phone line; the house was enormous, ancient and (I thought) visibly haunted. What else could I do?

I write all kinds of things. My first novel was a horror story, but I like to explore all areas of speculative fiction, including fantasy, sci-fi and magical realism.

Of course. Is there tea?

Inside us all, awaiting its chance to break out again through the pitiful veils of rationality and reassurance we like to drape around ourselves …