Keira McKenzie: In Sacrifice We Hope 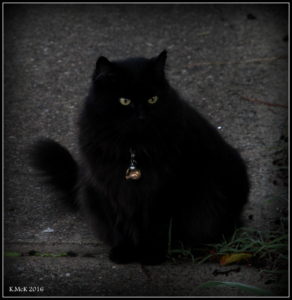 Keira McKenzie resides in the desert lands far to the west across the Tasman ditch.Â  In the city by the sea, she spends her time torn between drawing/painting and writing.Â  She has sold illustrations, artwork, short stories and essays.Â  She doesnât know which comes first: the painting or the words.Â  She has a PhD somehow, despite the cat, the would-be triffids of the courtyard, and the (mostly) invisible dragons of kitchen gardens and rain drops.

1. What inspired âIn Sacrifice We Hopeâ?

This story is one of the ‘oldest’ of a series of linked short stories concerning the disintegration of Perth as global climate change and all its many *primary* consequences have taken effect.Â  The city is utterly isolated, though at the time of this story, there are still trees and there is still a sense of community.Â  It was also the only story that could be separated from all the others, the only one that would most easily stand on its feet.

It was inspired by a novel I was writing at the time that became my PhD project, by my own concerns about what is happening to the planet and the lack of any real effort to change the trajectory of the present into this imagined future.Â  It is therefore a mix of scientific research and letting my head loose to wreak what it will on the imagined world.
2. What appealed to you about this project?

I heard about it very late – only a few days before submissions closed.Â  I was trying to up my confidence and was spurred on by a friend to submit – they knew I had a complete and reasonably polished story that slotted into what you were asking for. I generally write stories with characters and/or settings at the ragged edges of sanity, existence, or meaning.Â  I was told by others that knew of yours & Dan’s previous work that if I was accepted it would be an extremely worthwhile endeavour.Â  So I worked my little butt off to polish the story and was astonished and thrilled to have had the story accepted. The payment, regardless of size, makes it a commercial sale.Â  I was thrilled! ð

I can’t say I *love* short stories.Â  I have written them, but for me, they are usually more like word illustrations of backgrounds or details of larger works, explorations of backstory and a frieze-like compilation of world building.Â  I also do exactly this with illustrations and will frequently illustrate my novels (& ended up illustrating the PhD!).Â  I don’t have that intense awareness of the short story, though I certainly appreciate them and the discipline required to present something succinct and unto itself in that form.Â  It’s not something I am very good at, I fear.

Short answer – no.Â  Longer answer is probably J.R.R. Tolkein’s Lord of the Rings as it was the work I learned to read from. It was read to us as children around the fire of a winter’s evening (I’m from Melbourne originally) and, as you can imagine, took a while.Â  The first time was when I was about 4 (I apparently identified most strongly with Pippin at that age), next I was almost reading it myself when I was 8 and after that, I read it on my own.Â  I suspect it instilled in me the love of story and story-telling.Â  Not sure where the love of drawing came from though.

Continue to continue.Â  I am working of several novels, some linked to this story (I don’t stick to one genre so there are hard sf, fantasy & spec fic, all with elements of horror), some not, and right now, am working on a sort-of-not-quite, maybe a little bit of a graphic novel – but it’s not really – which is based on a cartoon character who has become extremely popular on facebook and amongst a lot of friends (see pic attached for an example – it’s unfinished, but should give you an idea).Â  I’m also working on another couple of short stories because you gave me a taste for it ð