On Writing and Finishing a Trilogy 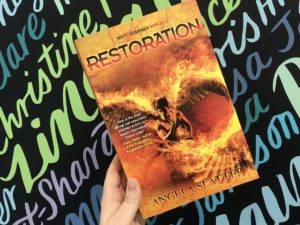 Over at Always Trust in Books I talk about the agony and the ecstasy of finishing off my Verity Fassbinder supernatural crime/urban fantasy trilogy.

I should start by saying that the Verity Fassbinder series began as a standalone short story. âBrisneyland by Nightâ was written at Clarion South in 2009 and caught the eye of someone who helpfully suggested it would make an excellent series if I could manage it.

Ignorance is not only bliss but also a kind of protective Teflon coating that blinds you to any real clue as to what youâre about to attempt. I had no idea what structure was, so turning âBrisneylandâ into Vigil took me roughly five years. Luckily for me, Jo Fletcher is patient.