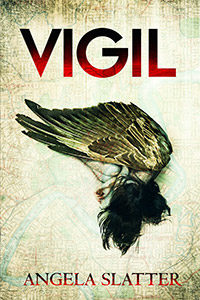 Random Alex has some lovely things to say about Vigil!

A number of years ago, Angela Slatter wrote âBrisneyland by Nightâ for Twelfth Planet Pressâ anthologyÂ Sprawl. It was excellent.Â Vigil is that story grown-up and turned into a novel, with at least two (I believe) more stories about Verity Fassbinder scheduled.

This novel was sent to me by the publisher, as an uncorrected bound proof. Also, I had the enormous privilege of reading it in draft form, which I just canât tell you how awesome that was. I have re-read it now partly because I have a bad memory and I knew the details had escaped me but that I loved it; partly because itâs Angela Slatter and she always withstands re-reading; and partly because it was sent as a review copy, so of course I had to. It was mostly the first two, though.