S.P. Miskowski: The Worst is Yet to Come 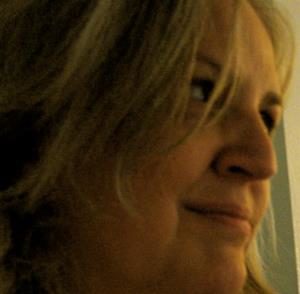 S.P. Miskowski is a recipient of two National Endowment for the Arts Fellowships.Â Her stories have been published in Supernatural Tales, Black Static, Identity Theory,Â Strange AeonsÂ and Eyedolon Magazine as well as in the anthologies Haunted Nights, The Madness of Dr. Caligari, October Dreams 2, Autumn Cthulhu, Cassildaâs Song, The Hyde Hotel, Darker Companions: Celebrating 50 Years of Ramsey Campbell, Tales from a Talking Board,Â Looming LowÂ and The Best Horror of the Year Volume Ten. Her second novel, I Wish I Was Like You, was named This Is Horror 2017 Novel of the Year. Her books have received threeÂ Shirley Jackson Award nominations and a Bram Stoker AwardÂ®Â nomination. Her M.F.A. is from the University of Washington. Her novels and novellas have been published by Omnium Gatherum, Dim Shores, Dunhams Manor Press and JournalStone/Trepidatio. She is represented by Danielle Svetcov at Levine Greenberg Rostan Literary Agency

Thank you for inviting me to visit again, Angela. I appreciate it.

I write fiction, and most of the stories Iâve written in the past eight years can best be described as horror or weird fiction. Iâm proud of that, and happy to be a tiny part of a great genre. My stories have appeared in numerous anthologies, including Darker Companions: Celebrating 50 Years of Ramsey Campbell, The Madness of Dr. Caligari and The Best Horror of the Year Volume Ten edited by Ellen Datlow. My books are available from Omnium Gatherum and Journalstone/Trepidatio. Readers can find me at https://spmiskowski.wordpress.com and on Facebook and Twitter.

The book started as a 1,000-word story for a contest, the finalists to be judged by Megan Abbott. Almost as soon as I finished the first draft I began to see this wasnât going to work as flash fiction. There was a complicated backstory I wanted to flesh out, and the relationships needed to develop over several chapters. More significantly, the story was set in Skillute, the fictional town portrayed in my first novel,Knock Knock, and three subsequent novellas (comprising the Skillute Cycle). The 1,000-word draft centered on one terrible event, with hints at all of these other possibilities. I knew there was more to this tale.

I wrote the book three times. The first version was a psychological thriller, half of it from the points of view of two teenage girls, and half from the POV of someone stalking their families. It lacked the suspense I wanted, so I broke the structure and alternated POV chapters throughout. While I was doing this I noticed a deeper and more intimate story was emerging in scenes from the past. In the third version, with the encouragement of my wonderful editor Jess Landry, at Trepidatio, I tackled that history and created what I hope is a more suspenseful, dark-edged, short novel in which nothing is quite what it seems.

After a novel and three novellas I guess I needed a short break from small town history and atmosphere. I wrote a ghost story with an urban setting, I Wish I Was Like You. The ungrammatical title is a nod to Nirvana. The novel is set in Seattle, Washington in the early 1990s at one of the many small publications trying to capture the zeitgeist for profit.

And Iâve been writing short stories for anthologies. Several of these will be published sometime in 2019.

For a long time, Iâve wanted to use my brief foray into the world of weekly newspaper editing to create an urban backdrop. I used it a bit in the title story to my collection Strange is the Night, in which a snarky theatre critic hanging onto his print newspaper job (and the prestige he thinks it bestows) makes a habit of destroying young artists. He sees himself as the cityâs final gatekeeper, maintaining a standard no one can attain. My experience as an artist, and (on the other side) as an editor trying to sell newspapers, came in handy. I was able to have more fun with the same backdrop, and the characters drawn to it, in I Wish I Was Like You.

Another thing Iâve wanted to do for a while is play around with the tropes of a murder mystery. I especially love a really twisted psychological story. Iâve long been a fan of Ruth Rendellâs short stories and novellas and I admire the new wave of psychological suspense from writers like Flynn, Abbott, Pinborough, and Alex Marwood. I wanted to marry the psychological and supernatural in a seamless way, if possible. 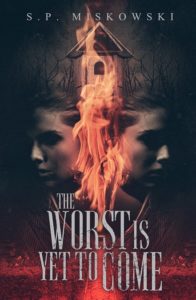 The writing tips I see quoted every day on social media prompted the ironic use of murder mystery conventions (and clichÃ©s) throughout the book. âNever open your story with a corpseâ was one of my favorite tips. I decided my novel would be a tale recounted by a dead woman whose corpse is revealed in the first paragraph. I wanted very much for this story to be unsentimental, to have none of the melancholy sweetness of most literary ghost stories. My dead narrator would be a pain in the ass, with no insight into her own experience. We would see, through the juxtaposition of events and dialogue and her take on everything, that sheâs both unreliable and misanthropic. These traits contributed to her demise, and they prevent her from being at peace. She haunts a city she hates, and anyone who encounters her is in peril.

Iâm terrified by the insanity of world leaders, and the willful ignorance of people who serve them. Also spiders, but Iâve been reading a book about arachnids and Iâm trying to conquer this one.

Yes. I was eight years old. I drew the illustrations and made a book out of the story by stapling the edge and covering the staples with tape. In the story an eight-year-old murdered and ate her family. My parents found it incredibly funny, thus sealing my fate as a writer. Itâs crazy fun to make your parents laugh out loud, when youâre a child.

This decision would make me have a nervous breakdown.

Orlando. I need to look at history through a modern lens. Woolf tossed centuries of suffocating roles and ideas into the air and made it all seem new. 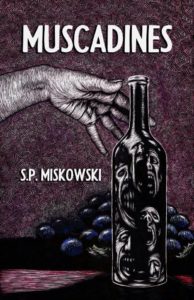 The Worst Is Yet to Come is released February 22nd. In this book an urban dwelling family comes to live in Skillute, where secrets will not stay buried for long. And now Iâm working on another novel and a novella. Fingers crossed.