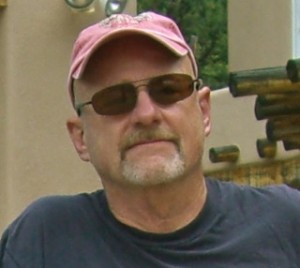 Richard Jay Goldstein has been writing fiction and non-fiction for a bit over twenty-five years. He lives with his wife and kids and grandkids in the mountains east of Santa Fe, New Mexico, where itâs still pretty quiet, thanks. Heâs a lapsed ER doc, and has published fifty-something stories and essays in the literary and sci-fi/fantasy/horror presses, including a number of anthologies. Heâs also had two Pushcart nominations, but neither got in.

Asking what inspired a story is asking where stories come from. Sometimes I feel like an innocent bystander in that process. In this case the story started with the title (âToys From the Gingerbread Countryâ). Then the title sat down in the soup-kitchen of my mind next to an idle thought: Â “If houses can be haunted, what about dollhouses?” When almost-ten Katie walked in, it was a done deal. From that meeting grew this story, but there are probably more stories in the litter. One of the joys of writing fiction, to my mind, is watching stories emerge from the murk of the collective unconscious.

It would have to have been “Who Goes There?” by John Campbell (writing as Don A. Stuart), a story often mistaken for sci-fi. Oh yeah, and everything Poe ever wrote.

Could I name my favorite child instead? Well, if I have to: HP Lovecraft. Neil Gaiman. Clive Barker. (I duly note that two are Britsâ¦.) But there are a score more.

I like to play all over the spec-fic sandbox. And sometimes even swing on the straight literary swing-set.

Okay, wait, let me look… The book pile includes PÃ©re Goriot by HonorÃ© De Balzac, The Essential Kabbalah by Daniel C. Matt, The History of Hell by Alice K. Turner. The Kindle queue includes Lovecraft’s Monsters, edited by Ellen Datlow, Stardust by Neil Gaiman, Invisible Cities by Italo Calvino, and the complete works of HP Lovecraft, which I am once again working my way through.