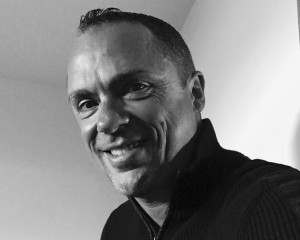 Sean Logan’s stories have appeared in more than thirty publications, including Black Static, Supernatural Tales, The New Gothic, Eulogies II and Dark Visions. He lives in northern California, where he often spends his nights writing horror stories and his days at work writing about something really scaryâbanking software.

What inspired your story “Where the Forest Ends”?

It is a sad story and it was based on a sad event. Without going into detail about what really happened, I’ll just say that a father lost his son while he was in the care of someone else. It was incredibly upsetting and I couldn’t stop thinking about the hopeless grief the father must have felt, the guilt and the anger. What do you do with all of those emotions? How do you act on those feelings when nothing can be undone? And how do you go on and live a normal life after that? These questions were haunting me and they became the basis for the story. It was painful to write.

Back when I was first getting interested in short horror stories in the early ’90s I read “Red” by Richard Christian Matheson. It’s very short, just a couple pages, but, man, it packs a wallop. I was blown away by how something so small could have such a big impact. I gave it to everyone I knew and said, “You gotta read this!”

The first one’s pretty easy: Robert Aickman. For my money there’s no one better and it saddens me heâs not better known. I bought all of his books second hand because at the time they were all out of print. All of them. It’s a shame. He should be required reading. The other two I’m not as certain about, but I could probably do worse than M.R. James and Stephen King.

As a reader I gravitate toward horror in the short form and crime fiction for novels, and that’s generally reflected in my writing. I’m wrapping up a darkly humorous crime novel now and soon to start another, but the short stories are most often some sort of supernatural weirdness.

As someone who loves to read, but reads very slowly, my TBR pile is always stacked high. Sitting near the top are Denis Johnson’s Nobody Move, Thomas Pynchon’s Inherent Vice, Irvine Welsh’s Filth, Joyce Carol Oates’ The Collector of Hearts and John Shirley’s Living Shadows.