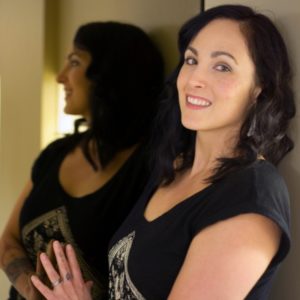 Delilah S. Dawson is the author of Star Wars: The Perfect Weapon and Scorched, the Blud series, the Hit series, Servants of the Storm, the Ladycastle comic, and Wake of Vultures and the Shadow series, written as Lila Bowen.

1. What do readers need to know aboutÂ Delilah S. Dawson?

2. Who were/are your literary heroes/influences?

The three books that had the biggest influence on me growing up were Watership Down, The Mists of Avalon, and The Valley of Horses, so that should basically tell you everything. ð

3. Tell us about the inspiration for theÂ Ladycastle graphic novel? 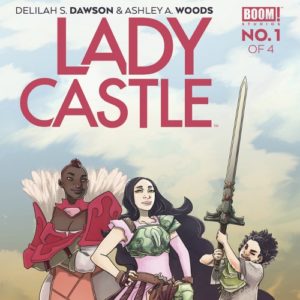 I was watching Monty Python and the Holy Grail with my kids, and when it got to the line, “Strange women lyin’ in ponds distributin’ swords is no basis for a system of government,” I thought, BUT WHAT IF IT WAS? So I pitched a comic series to BOOM! Studios that centered on a lady blacksmith accepting the sword from the Lady in the Lake and letting the Sleeping Beauty princess out of her tower. And then they fight monsters! The whole series is about ladies of all ages, sizes, and races finding ways to contribute and kick butt.

4. Name five fictional characters youâd like to invite to dinner.

Can I just go hang out on the set of The Great British Baking Show on gluten free cake day?

5. Can you remember the first thing you ever read that made you want to be a writer?

I didn’t know I wanted to be a writer until I was 31, but Outlander and Dead After Dark were really formative to my early writing life. Both books made me think, “Wait, writers are allowed to do THAT?” With Outlander, it was the mixture of hot romance, science fiction, and heavily researched historical. With Dead After Dark, it was putting non-Rice vampires into the contemporary South. Both books blew my mind and influenced my later choices.

6. How did the Star Wars book, The Perfect Weapon, come about? Was playing it that world always on your bucket list? 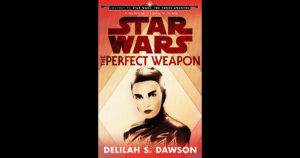 Oh, yes. I think I mentioned once a week that I really wanted to write for Star Wars, after my buddy Chuck Wendig got to write Aftermath. And then one day my agent sent me an email that said, “I’m about to blow your mind.” ð

I don’t reread anymore, but the authors whose books I automatically buy the day they come out are Deanna Raybourn, Diana Gabaldon, and Sara Donati.

8. What was the inspiration for theÂ Conspiracy of Ravens/Wake of Vultures books? 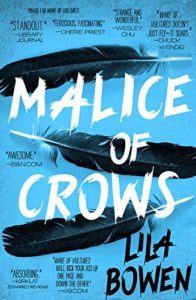 Once night, I was watching an old favorite, Lonesome Dove, and it occurred to me that women were only allowed to be martyrs, whores, or lunatics in that world. I decided I wanted to write a Lonesome Dove type book about a girl with every disadvantage the world could throw at her. Nettie Lonesome was born. And then I added monsters. Beginning to see a theme?

9. Who is your favourite fictional villain and/or hero?

Boyd Crowder on Justified is the best villain ever. Real, flawed, funny, smart, and what an amazing voice. Favorite hero is a bit harder. I do love the Quicksilver scenes in the new X-Men movies. 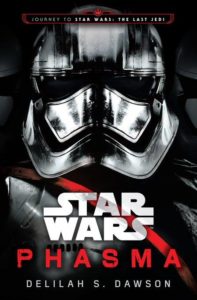 I’ve got the Shadow book 3, Malice of Crows, out this October, and I’m in a Hellboy anthology, An Assortment of Horror, out this August. They just announced my next series, the Tales of Pell, written with Kevin Hearne and launching in 2018 with Kill the Farmboy. And of course it’s con season, so I’ll be at WonderCon, NOLA Storycon, Dragoncon, and Genrecon in Queensland, Australia. You can always find out where I’ll be on the Events page of my website, http://whimsydark.com.