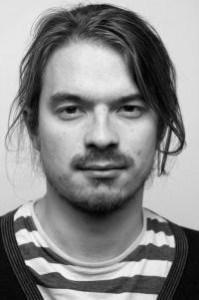 The rather delightful Teodor Reljic writes fiction, co-edits Schlock Magazine,Â and is also the culture editor and film critic at MaltaToday. His debut novel is Two, a special kind of coming-of-age story, tender, affecting and rather mystical.

1. So, what is the story behindÂ Two? What inspired you to write this novel?

It all actually started as a flash fiction piece I had written for a ‘Malta’ themed week of posts on Schlock Magazine – the online mag I co-edit. Then when Nanowrimo of that year came along, I decided to flesh it out a bit more and the rest is – for now highly obscure – history.

That’s the bare bones. More specifically, the book is borne out of a desire to both deal with and process some personal stuff in my life, and to finally lend a shape to some thematic concerns I’ve had for a while, and to actually finish a novel. More specifically still: I wanted to scratch and itch I have about the tenuous rift between fantasy and reality, I wanted to explore Malta in fiction in a way it hasn’t really been explored before (taking into account its more elemental, rather than social, aspects) and finally, I was compelled to respond creatively to a personal tragedy which comes close to matching the one in the book.

2. How long have you been writing and how did you get started?

Well I’ve been writing – and continue to write to this day! – film reviews for a local newspaper since I was 18 years old (that’s 11 years ago). This was great because it gave me a chance to exercise my prose regularly, and to a tight deadline. I’m grateful to have learnt not to be precious about my writing early on – journalism doesn’t really allow for that! Though I would only immerse myself in fiction writing in my early 20s, I was always interested in storytelling – my main ambition was to be a comic book artist, an ambition I abandoned in my late teens when I realised that writing was more compatible to me as a discipline, and a passion.Â 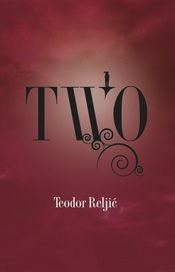 A short creative writing course during my final undergraduate year at university pushed me to take some practical steps towards starting to write fiction. And one of these practical steps was the decision to set up Schlock Magazine with a group of my friends.

We were all interested in pursuing creative writing, and since publication avenues for the kind of writing we were interested in were thin on the ground in Malta, we decided to take matters into our own hands. What was originally a hub set up with the aim to just keep us writing regularly has now become a fully-fledged magazine, with most of the core members now taking on an editorial role. But its initial stages were pretty important to me as far as my fiction writing was concerned. We set ourselves challenges – like the aforementioned flash fiction forays – so that really gave me the opportunity to experiment and find out what works for me.

It was also through Schlock that I first made contact with Merlin Publishers – who eventually published Two. More than just a regular ‘book deal’, Two was also borne out of a desire for Schlock to collaborate with Merlin in some way.

3. Do you prefer writing fiction or straight journalism?

Since journalism is my ‘day job’, in a lot of ways fiction writing is going to feel more pleasurable by proxy. This is over and above the more predictable elements of fiction writing that make it a more rewarding exercise, of course: the permission to steer away from hard fact, the opportunity to experiment with language more openly, and generally having more time and space to develop things beyond the sometimes rather draconian deadlines you have to work under when writing for a newspaper.

But a lot of the ‘down sides’ to journalism also come with corresponding positives: tight deadlines leave little room for preciousness (see above) and for existential crises about the state of your writing as a whole. Journalism also gives you the opportunity to connect with people and events through your writing in a direct and often immediate way (especially in this day and age) – whereas long-form fiction tends to be more of a slow burn in this regard (understandably, of course).

Though I stress that a lot of the hard work in fiction is often worth it (even if a draft of something turns out to be unusable, you’re bound to have learnt something from the process), it remains hard work – hard work which I will nonetheless continue to pursue because the satisfaction it gives me makes it worthwhile (elusive as it can be, at times). 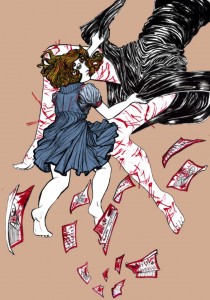 4. You seem to be very involved in the Arts scene in Malta … discuss!

The size of the Maltese islands is a persistent bugbear for most of its citizens (no need to get your mind out of the gutter – it’s very much a Freudian predicament) but it has one advantage: it makes artistic collaboration much easier. It was relatively easy for my friends and I to amass Schlock Magazine troops, for example, and I’m also involved in a production company – Creative Island – through which we organise off-beat stuff like burlesque shows.

There’s a darker side to all this, however. Part of the reason why creative people are easy to reach and work with at almost any point is because there simply doesn’t exist that much of a professional backbone for the creative arts in Malta (think of all the – entirely justified – complaints about artists made to work for “exposure”, then amplify them by a couple of thousand), and it can also lead to some unsavoury socio-cultural habits, like cliqueishness and so on.

But the bottom line is that with enough enthusiasm and a desire to treat your collaborators fairly, you can potentially make great things happen. And the fact that a lot of this remains terra incognita makes it all the more exciting. Thanks to historical factors like joining the European Union (Malta became a member in 2004) and the increased availability of the internet, the younger generation is no longer confined to Malta’s borders, and having English as (at least) a second language already gives us something of an edge over other countries, perhaps.

Of course, certain bad habits (like endemic unprofessionalism, and nepotism) can’t be fixed overnight, and post-colonial hangups remain very much evident, with plenty of locally produced artistic projects clearly doing little more than aping stuff that’s happening either in the US or the UK. Then there’s also the very real concern about a brain-drain: a lot of artists of every stripe tend to emigrate in pursuit of their dream elsewhere, as audiences in Malta – even if they turn out to be per-capita large, and enthusiastic about a particular project – will remain miniscule in the grand scheme of things.

In fact, part of the motivation for writing Two stemmed from the idea of wanting to tackle Malta creatively in a way that’s neither a tourist postcard representation, nor a socio-political polemic or satire (and there were some very good examples of the latter in local literature of late, I hasten to add).

Malta’s capital city, Valletta, will serve as European Capital of Culture come 2018, so it’ll be interesting to see whether some of these issues are ironed out by then.

Being the cultural editor of the newspaper I work for also helps me in trying to suss out how the cultural scene continues to pan out here.

5. What are you reading at the moment? 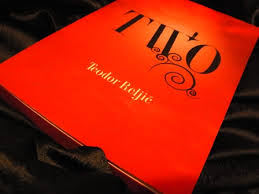 I’m quite the promiscuous and indecisive reader, and it only seems to get worse in summer! So right now I’m toggling between Jeff VanderMeer’s Authority – an already-addictive follow-up to the brilliant Annihilation – Marina Warner’s Fantastic Metamorphoses and Other Worlds (one of my favourite writers, whose rich and thoroughly unsnobbish cultural analysis has been inspiring both in terms of fiction and journalistic writing), and Italo Calvino’s Lezioni americane (another advantage to growing up in Malta in the 90s is that like most people my age, I picked up Italian by dint of being exposed to it on TV).

Quite a few things, it seems! The novel was an often-agonising three-year process, so now I’ve resolved to channel my creative itch into looser and often collaborative outlets. I’m currently working on a comic book entitled Ourobouros with the incredibly talented illustrator Nel Pace, while also helping out the guys at Mighty Box with a post-apocalyptic board game and video game – coming up with character designs and ironing out their already intriguing story has been a very interesting process.

I’ve also resolved to pen a horror B-movie set and filmed entirely in Malta. I wrote something of a manifesto as to why Malta ‘needs’ one of those, and the response has been quite encouraging – I’m brainstorming ideas with a director as we speak.

Oh and as it happens, I’m also in the process of adapting a short story by a certain Australian writer, for the stage… ð

Two can be purchased here from Merlin Publishers.