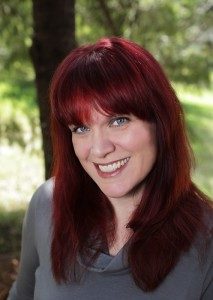 Lisa Mantchev is a temporally-displaced Capricorn who casts her spells from an ancient tree in the Pacific Northwest. When not scribbling, she is by turns an earth elemental, English professor, actress, artist, and domestic goddess. She shares her abode with her husband, two children, and three hairy miscreant dogs. She is best known as the author of the young adult fantasy trilogy, The ThÃ©Ã¢tre Illuminata, which includes the Andre Norton and Mythopoeic awards-nominated EYES LIKE STARS. Her steampunk young adult novel, TICKER, was a Kindle #1 Bestseller, and her picture book, STRICTLY NO ELEPHANTS, was named a 2016 NCTE Charlotte Huck Award Honorable Mention. Lisaâs short fiction has also appeared in venues like Faerie Magazine, Clarkesworld, Weird Tales, Fantasy Magazine, and Strange Horizons.

1. First of all, what do new readers need to know about Lisa Mantchev?

I write a lot of nonsense. One reviewer even called it âan overabundance of nonsenseâ which I then had turned into an embosser and used it on gold seals to put on the cover of my steampunk novel.

2. What projects are you working on right now? 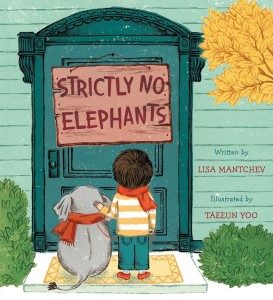 I just finished adapting my first picture book, STRICTLY NO ELEPHANTS, into a theatrical script, aided by my longtime writing-partner-in-crime, Glenn Dallas. Weâll be doing full puppet builds for the animals and using them for my childrenâs theater class, which will then become the season-opening production for Olympic Theatre Arts in Sequim, WA.

Iâm also working on the third book in the LOST ANGELES series. That is my âsmut for grown-upsâ urban fantasy series that I write with A.L. Purol. And, as ever, there are about six different writing projects on the backburner, simmering away.

3. Which book, either fictional or otherwise, would you say taught you the most about writing?

Itâs a tie between âBiting the Sunâ by Tanith Lee and Terry Pratchettâs Discworld series, for fiction. One taught me that science fiction could be pretty, and the other taught me to go for the joke. My half of SUGAR SKULLS is actually dedicated to Terry. On Writing by Stephen King is my go-to craft and process book. 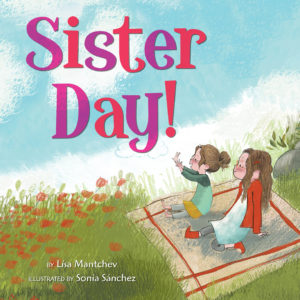 4. How did you end up doing these gorgeous picture books?

Completely by accident. I saw an internet meme of a black and white photograph of a child standing in front of a doorâ¦ she has a little elephant pull-toy, but the sign says âSTRICTLY NO ELEPHANTS.â It sparked a mini-story that I posted in a thread for fun on my Facebook fan page. Everyone was very enthusiastic about it, insisting it should be turned into a book for children, so I sent it to Laura Rennert, my literary agent. Her response was âtake that off the internet immediately.â Then it found at home with Sylvie Frank at Paula Wiseman.

5. What was the inspiration for Sugar Skulls? 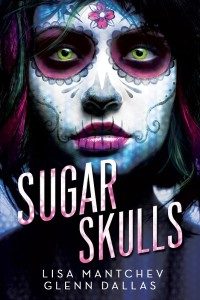 Originally, I had an idea for writing a story in the round with four writers, each of us taking a character in a rock band. I contacted Glenn Dallas, whom I have known for years, and asked him, âHey, how much do you know about guitar?â His response was ânot a goddamn thing, but Iâm in.â After a week, he and I had brainstormed so much in a Google document that the other two writers felt we should move ahead without them.

6. Youâve collaborated on YA and adult books – how does that process work for you?

It always starts with âletâs do a thing.â Seriously. I love working with people who challenge me, and thereâs something hugely exciting about collaborative energy, never mind the magic of waking up in the morning to find that words have MAGICALLY APPEARED in the work-in-progress overnight.

With both Glenn and Amanda, we work in Google documents and each have assigned characters on which we have âthe final word.âGlenn and I work more section-by-section, while Amanda and I write over the top of each other. Both of them are stronger plotters than I am, and I usually spend a lot of time on editorial things. Itâs a good balance of strengths, at the end of the day, and like a marriage in a lot of ways. I know there are times when we would have all cheerfully murdered each other, if we werenât several thousand miles away and lacking an alibi. Seriously, ask Glenn how he feels about the phrase, âthis needs to be more conversational.â And be prepared to duck. 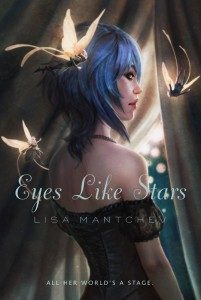 I donât think I ever made that decision consciously, because Iâve been writing short stories since I was in third grade. I was also doing community theater from the time I was seven, so I was getting a lot of my formative process from reading scripts (mostly musicals.) I adapted pieces of Little House on the Prairie and The Blue Bird for school plays as well, so I think itâs more of a âI was already in the water when I decided to swimâ sort of scenario.

Old favoritesâ¦ they are like comfort food. Anne of Green Gables or any of L.M. Montgomeryâs work, really. The Shoes series by Noel Streatfeild. A Tree Grows in Brooklyn. A lot of classic young adult, now that I think about it. And I love a good romance novel. The first few books in the Outlander series were lovely. 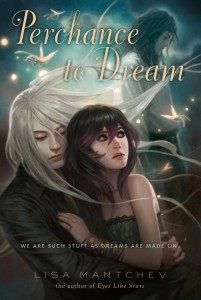 Tom HiddlestonâsÂ  F. Scott Fitzgerald from Midnight in Paris (Data point: I will note that I hated quite a lot of this movie and didnât know it was a Woodie Allen flick until afterward, otherwise I would have skipped it, because blech.)

Totoro, from My Neighbor Totoro (I want to nap on his tummy.) 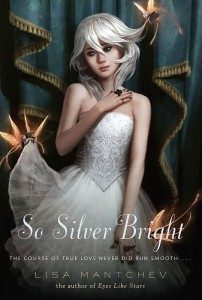 10. Whatâs next for Lisa Mantchev?

A LOT of shenanigans. I have back-to-back childrenâs theatre classes booked through Halloweenâfirst we do a masquerade class, then stage STRICTLY NO ELEPHANTS, then jump straight into the Haunted Houseâand on the writing side, I have two more picture books coming out this year. SISTER DAY! is illustrated by Sonia SÃ¡nchez and tells the story of a little sister who just wants her big sister to have the time to play with her. That comes out in June. And a follow-up, tie-in, but-not-a-sequel to STRICTLY NO ELEPHANTS is coming out in the fall. Itâs titled SOMEDAY, NARWHAL and is illustrated by Hyewon Yum. In this one, we get to revisit several of the animals in the unusual pet parade, and see how they work together to help their friend realize her dream of seeing the world.