Between Stillness and the Dance: Nin Harris 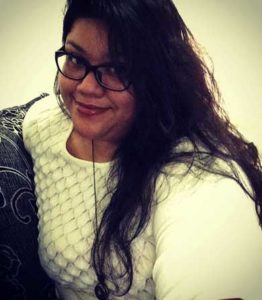 1. First of all, what do new readers need to know about Nin Harris?

2. Which books, either fictional or otherwise, would you say taught you the most about writing? 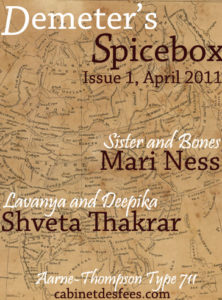 Iâve been a voracious reader from an extremely early age as one of those pesky prodigy type kids (who somehow wind up sheepish underachievers!) so I have read entirely too many books for me to pinpoint with any accuracy. Here are some: 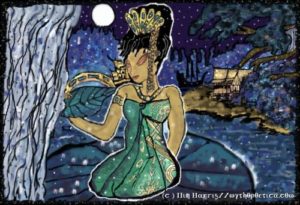 3. What drove you to set up Truancy and Delinquent Spice?

To be honest, I fell into it almost entirely by accident! Erzebet Yellowboy recruited me for Cabinet des Fees and asked me to figure out what rolling content we could slot in-between issues of Scheherezadeâs Bequest. I wound out bouncing several hypertext fiction ideas off her (Iâve been playing around with various hypertext projects since 1997), then somehow wound up doing an executive summary and outline for Demeterâs Spicebox. Sometime in 2013, after discussing with her, I decided to strike off on my own and Delinquentâs Spice was created to replace Demeterâs Spicebox. Ironically, I created Truancy to be rolling content in-between issues of DS, but now itâs its own thing â a strange monster that I bring out twice a year.

4. How do you balance your creative life with your academic life?

Very awkwardly, with lots of coffee and periods of acute insomnia.

I used to have a problem with this, during the early days and when I was a PhD student. Iâve managed to find a happy balance somewhere along the line in that Iâve learned to switch between the academic writing brain and the fiction writing brain. More importantly, Iâve learned to let both separate states of mind help each other. It wasnât easy but itâs doable. Iâd be working on an article and an idea about how a certain plot is put together sheds a light on a problem Iâm having with a story. When Iâm working on a story, Iâm suddenly struck by an idea about the process that helps with an article. And so it goesâ¦

5. When youâre in the mood to read, who do you choose?

I read all the time, because itâs my job, and my pleasure. Sometimes I need something fluffy (romances), others, I can only be soothed by philosophy or theoretical physics, I also reread copiously Gothic classics, and my SFF favourites. Right now Iâm reading an array of books: George Macdonaldâs Lilith, Kazuo Ishiguroâs The Buried Giant, several translations of Malay Hikayats, and Iain M. Banksâs The Hydrogen Sonata. Itâs pretty much like this all the time with me!

6. What do you love about fairy tales? 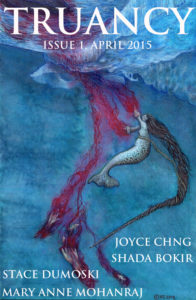 They take me back to a familiar land where trees speak and animals can show you wisdom, and if you undertake all tasks on the road, you will find (sometimes) your happy ending. But I also like dark fairytales â the gristly stuff that frightened me as a kid intrigue me these days because of what they reveal about our nightmares and the human condition.

I was around 7 or 8 years old when I decided I wanted to be a writer, after running through a host of possibilities in my head (a farmerâs wife â before I actually realized what I wanted was to have a farm and be the farmer, a princess, a composer, an orchestra conductor, a ballerina). At some point, I wanted to be a secretary so I could play with typewriters â and then I realized what I really wanted to do was write about all of those characters going off on adventures. I was reading a lot of classical Occidental literary texts. Shakespeare, Dickens, Louisa May Alcott but also heaps of legends and myths â Hang Tuah stories etc. I was also devouring all of Enid Blytonâs Famous Five books AND my fatherâs medical books. So probably all of them. I donât know! I was pretty much reading everything!

Watermythâ the first novel in my Watermaidens Trilogy, a fistful of short stories, a historical fantasy novella set during the time of the Malaccan Sultanate. As an academic, Iâm co-writing and editing a book on contemporary Malaysian fiction, and writing another fistful of academic articles related to that grant-funded project. 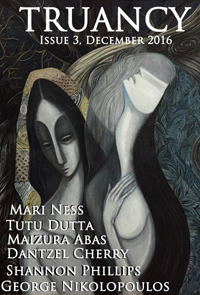 Schmendrick, from Peter S Beagleâs The Last Unicorn, Tenar, from Ursula K. LeGuinâsEarthsea Quartet, Totoro (I mean, of course!), Aya, from Helen Oyeyemiâs The Opposite House, and Jill, from Katherine Kerrâs Deverry books.

After I finish revising Watermyth, Iâm sending it off to try its luck with various agents. While thatâs happening, Iâm going to start drafting Rosemirror, the second book in the trilogy. Apart from that, I will continue to be a reclusive, obscure, partially mild-mannered Gothic literary academic and author who throws short stories at various publications on a regular basis.