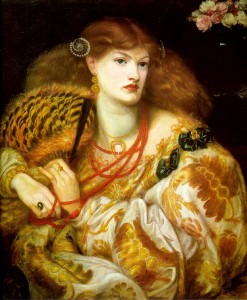 Aaaand a new Tallow-Wife tale is making its way into the world. An extract from “Crossroads”:

Bethany holds her cloak tightly around her, but the hood hangs loose down her back; she does not care if she is seen. No one will think her a supplicant, not here, but rather all will wonder what has gone so terribly, terribly wrong that the Queen of the city of thieves has come forth. Theyâll speculate who is going to lose a pound or more of flesh in recompense, whose head will roll, which crook, bandit, light-finger, fence, or footpad will regret a careless moment.

Itâs a strain to walk without a limp. The ankle is still painful even months after the tumble from the window. Henry has told her with more acid than affection that she should consider herself lucky to be walking at all. Her expression is one of displeasure and she fumes purely because she has been forced to come here.

The makeshift market where ordinary citizens fear to tread lies outside Breakwaterâs gates where the ways intersect then depart. Folk so disposed may find hirelings of the sort they require, those inclined towards the liberation of othersâ wealth, or the committing of violent acts which may or may not be of the terminal type. Mostly, though, it is assassins, alive or dead. The latter once hung or buried or burned at the crossroads, whoâve not been able to leave the world behind; who stay and make commerce with those who breathe, a death in exchange for some blood or meat, or a piece of a soul. This is the currency of the dead. The living are sometimes more expensive but often less trouble ? after all, what do the deceased have to lose?

But in Bethanyâs case, the problems arise from the living, although tales told say thereâs something strange about the individual she wishes to employ. Though sheâs sent three minions to make this contract, none have succeeded in bringing about an agreement, not even Dove with his quit wit, quicker tongue, and deadly persuasive hands. Sheâll only speak to you, heâd said stoically when sheâd slapped him seven ways from Sunday upon hearing of his failure.

Up ahead she sees the awning of the tent inn she allowed Vasco to set up two years ago; there are rents in the fabric and splits in the sides, tears where knives and bodies have made swift exits. Sheâd have a word with him; just because he ran a den of thieves was no need for it to look like a shit-heap. Bethany was particular about her empireâs appearance. If the short fat man with all his hair concentrated on his chin in a complicated series of braids couldnât see his way clear to springing for a new tent then sheâd give the business to someone who could.

The tent flap is tied back with a filthy piece of rope and an urchin, not much older than those waiting for her in Arkadyâs House of Delicacies by the Weeping Gate, stands outside to draw customers in. Now that she thinks of it, that house of ill repute could do with a makeover too. Bethany frowns; sheâs been so distracted by the stings of her sisterâs interference that sheâs let things slide. No more. Soon Cordelia will be no more than an unwelcome recollection, and the only thing left of her on this earth shall be Henry.

The urchin by the entrance takes her frown as meant for him and he bows low, almost scraping his forehead on the muddy ground. She ignores this clumsy politeness and sweeps by. Inside she catches Vascoâs eye and raises a perfectly shaped brow. He shakes his head. No, not here.

She breathes deeply of the fug, letâs it fill her lungs, letâs it stoke her rage. She finds a table, not too filthy, and settles in to wait.