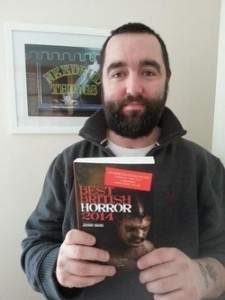 What do readers need to know about Johnny Mains, writer and editor?

Iâm deeply committed to the genre.

I thoroughly enjoy what Iâm doing – I love editing, I adore writing and Iâm appreciative of all of the offshoots – writing liner notes for blurays, having stories turned into comics, movies, audio recordings. Most of all I find it a deep honour promoting the genre and trying to get it back out there to a mainstream audience who have, on the main, fallen out of love with it. Because Iâm a fanboy at heart, and will remain a fanboy until they dump me in a lime pit.

Progress is being made – but Iâm continuously irate that bookshops still donât seem to be stocking horror in the quantity that fantasy and science fiction books are.

Which of your books would you recommend to a new reader?

What book of mine would I recommend to a reader? I wouldnât – not to say that I think any of mine are bad; but in the interests of genre promotion I think everyone should go out (if you havenât already) and buy Nathan Ballingrudâs North American Lake Monsters which is possibly the greatest debut collection thatâs been published in the last 20 years. An unbelievably crafted work, and itâs not often you feel a book is an honour to read – but two stories, âSunbleachedâ and âThe Good Husbandâ launch the book into that territory.

Tell us about editing the Remains novella series for Salt Publishing. 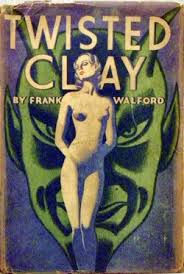 Well, so far thereâs been one book, the classic Twisted Clay, by Frank Walford, which had been out of print for over 40 years. Iâve been working like the clappers on the next books that are up and coming – works by V.H. Leslie, John Llewellyn Probert and Laura Mauro. Itâs been rather cool editing these – completely out of my comfort zone as Iâve only ever edited short stories – so when you have a piece thatâs 25k and up, itâs a whole new discipline and a steep learning curve. Iâm having a load of fun doing it though, and those three books should be out by this summer.

My literary heroes and influences are the authors who appeared in all of the Pan, Fontana, Mayflower, Panther, Sphere, Target, Tandem and NEL anthologies I read when I was growing up. Whilst there were a few famous names popping up here and there, James, Aickman, Poe etc – it was always the same stories appearing time and time again, so it was to the journeyman author I turned to; names such as Conrad Hill, Roger Dunkley, Alex White, Bryn Fortey, Mary Danby, Roger Malisson, Rog Pile etc. My writing has a decidedly 70s feel to it, which I like to think is charming – but am aware that it probably kills the appeal of my books stone dead for those who like their horror literary, obscure and without humour.

What draws you to horror?

When I was growing up I was always an outsider, and I think horror drew me in because nobody at school was into it, and I was the only one who would read all of the Stephen King books during lunch break in the library – and of course that love for horror cast me out even more, because I was seen as weird and I was bullied a lot at school. But I found comfort, felt at peace – I loved reading a book of such pure horror and knowing I would come out of the other end unscathed.

Why am I still a fan of horror? I find it a very interesting genre to study; itâs the only one that truly explores the dank depths of which one can plummet to and I just donât think you find the consistent reinvention of the wheel as you do with horror. 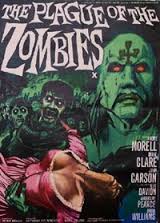 You recently wrote the Introduction to Stephen Kingâs Thinner – how was that as an experience?

It was fraught. Itâs Stephen King! I re-read Thinner about four or five times and tried to write a few drafts but nothing seemed to work. I emailed Ramsey Campbell and asked him if I could see the intro he had written for Pet Sematary, and as soon as I read the first two lines I knew where I was going wrong, changed the tone of the piece and wrote it in one go and it was perfect.

The finished book is beautiful. It includes some amazing paintings by Les Edwards and itâs an honour to be asked, be a part of and is indeed one of the proudest genre moments of my life!

Whatâs your favourite Hammer Horror film and why?

Easy peasy! Plague of the Zombies. It has to be, followed closely by The Snorkel. I love Plague of the Zombies because itâs so joyous. Everyone appears to be having a lot of fun doing filming it. Nice decapitation, furious drumming, voodoo antics, and a burning set. Whatâs not to love!

Youâre editing the second volume of Best British Horror for Salt – what made you want to put this kind of collection together? 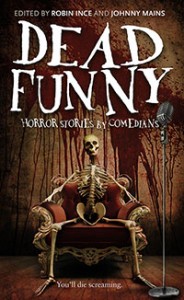 Salt approached me in 2013 and asked if it was something I would be up for doing. I had a chat with Nicholas Royle, my friend and editor of Best British Short Stories who told me that I should go for it. The first book was a pleasure to work on – and it was truly eye-opening to see what talent we have in the UK. Up until I started working on the books my reading consisted of everything up until 1989 – this was mainly down to the fact that there was so much in the genre I had to read and catch up on, and also wary about what was happening in the genre currently – and I didnât want my own stuff to by subconsciously tapping into whatever happened to be âon trendâ.

The first book had some great press and a slow build-up of sales and Iâm currently finishing up the second book, which is slightly behind – but hopefully will be coming out in the next few months. Itâs a great honour to be heading up a series of books which is your own personal stamp on how you see the state of the genre and hopefully it is a gateway for people discovering authors for the first time and hopefully trying their hand at writing themselves and getting into the small press the same way I did when I used to devour Stephen Jonesâ Best New Horror when I was trying to break into the small press in 2008.

How was the experience of putting together Dead Funny: Horror Stories by Comedians with Robin Ince?

Working with Robin was a dream and working with the comedians was a brilliant experience as well, on the main. The trouble I had on quite a few occasions was working with the agents. They are a bunch of mercenary bastards – and they have to be, thatâs their job. But I lost two authors through their agents being absolute wankers. I wonât mention names, but if I ever saw them I would probably knock them out. The ones I had trouble with were rude, unprofessional and probably hadnât been laid since the 80s.

However the end result was a book that is my crowning achievement so far. We are about to start work on Dead Funny 2 – and I really do think we have a good chance at topping what we did with the first book. 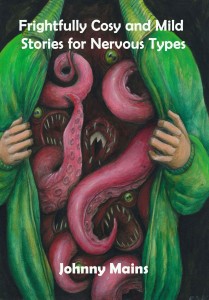 You also seem to be doing a lot of work with film at the moment – recording commentaries and writing liner notes for bluray releases – how did that come about?

Itâs an area I wanted to break into for quite a while – I donât just want to be known as the person who writes short stories and edits anthologies. Iâm a ferocious film viewer, I try to watch one or two films a night and whilst I read only horror – I watch absolutely everything I can get my hands on.

Marcus Hearn gave me my first taste – he asked me to do a piece to camera on John Burke for the Rasputin bluray and since then Iâve done bits for The Sorcerers, Happiness of the Katakuris and am writing liner notes on Horror Hospital and La Grand Bouffe. I find it stretches me and I really do enjoy writing non-fiction pieces. Thereâs nowhere to hide when you write them – you have to do your research and do it well. Long may it continue!

What’s next for Johnny Mains?

This year Iâm concentrating on writing The Pan Book of Horror Stories Scrapbook – thatâs coming out this December and the amount of hours Iâm putting into it is extraordinary, but I think itâs going to be an absolutely stunning book when it comes out. I also have Best British Horror, my Aickman tribute anthology and Dead Funny 2 out this year as well. As to my own writing, I have my third collection out in October. Lots of fun. Lots of words!