Drive-by from the Queen: Kim Wilkins 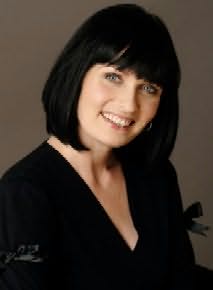 The prolific Dr Kim Wilkins was kind enough to be one of my drive-by victims. She sold her first novel, The Infernal,Â in 1997 and it promptly won an Aurealis Award. She’s been writing ever since and her tally includes Grimoire, Angel of Ruin, Giants of the Frost, Rosa and the Veil of Gold, and The Autumn Castle. She also writes theÂ Gina Champion YA series and the children’s Sunken Kingdom series, and she writesÂ women’s fictionÂ as Kimberley Freeman. She is also mum to two youngsters and teaches creative writingÂ at the Uni of Queensland … presumably because she found there were extra hours in the day that the rest of us waste sleeping! She is clearly yet another over-achiever … mmm, seems to be a theme in these drive-bys.

She is also funny, generous, intelligent and a very good writer. But she doesn’t really like either donuts or danishes, which may be her only fault.

The Infernal has been re-released this year by Ticonderoga Publications in a collector’s edition hard cover version (which is beautiful).

1. After 20+ books, what keeps you writing?
Because the magic is still there. I get obsessed with an idea, or a historical period, or a piece of mythology, or an image, or a character, and it’s actual pain not to explore it further. Writing (which is more than just putting the words on the page: it’s the whole delicious process of imagining and researching and pinning ideas to each other to see if they squeal) feels like a biological function to me now. I can no more stop it than I can stop breathing. Sorry if that sounds wanky, but it’s true.

2. Wonder Woman -v- Dracula: discuss.
I have never been particularly interested in superheroes or vampires. I can’t say why that is, as I am a card-carrying nerdy fangirl in most other respects. But, if I had to place a bet, I guess it would be on Dracula. Wonder Woman has an awful lot of flesh on display, and that seems to me as though it would make her vulnerable. What is with that? Where are the kick-arse heroines who are smart enough to put on some frickin’ armour? I am redressing this issue (no pun intended) in my latest fantasy novel.

3. If you weren’t a writer …
I’d be so much fitter. I would have a six pack, a resting heartrate of 50bpm, and a life expectancy of 120. But, y’know, it’s so much funner to sit here and make up people in my head.

4. What was your worst writing-related idea ever?
A crime novel set in a high school and based on the plot of Macbeth. Don’t ask. Check my bottom drawer when I’m dead.

5. Donuts or danishes?
I care for them equally, which is not terribly much. I don’t have a sweet tooth and if all the chocolate in the world disappeared tomorrow, I would not mourn it particularly. Now if the question was chips or cheese, then we’d have an issue to deal with. My best answer then would be: make a cheesy sauce and put it on the hot salty chips. Because that, my friend, would be very heaven.

This entry was posted in Drive-by Interviews, News, On Publishing, On Writing: General and tagged Angel of Ruin, drive-by interview, Giants of the Frost, Gina Champion, Grimoire, kim wilkins, Kimberley Freeman, Rosa and the Veil of Gold, Sunken Kingdom, The Autumn Castle, University of Queensland. Bookmark the permalink.

5 Responses to Drive-by from the Queen: Kim Wilkins