I first saw Kyleâs work when (thanks to one of those serendipitous Google moments) I found Where I Write: Fantasy and Science Fiction Authors in their Creative SpacesÂ â which is a truly wonderful documentation of, well, spec-fic writers in their natural habitats (no, not pubs!). There is also Armed America, Echoes of Life, In the Hive, Warpaint , and American Rocker. Per his website, heâs âphotographed Goths, Punks, Cutters, Politicians, Metalheads, Dominatrices, Scholars, and Alternative Fashion, in addition to less prosaic subjectsâ. And the Dresden Dolls – lots of Dresden Dolls :-). He has a Photo-A-Week blog (www.kylecassidy.com). You should know more about him â after reading the random below, go here. Oh, and he is also took the amazing photos for Who Killed Amanda Palmer? the book I continue to try and creatively acquire from Pete’s coffee table every time I leave Write-Club.

1. I didn’t choose photography, it chose me: discuss.
There was something magic about journalism â I grew up in the 1970’s when writers and photographers were still fighting for truth and justice and news organizations still had offices all around the world and you’d have some guy, I dunno, the Reuters correspondent in some little place like Malaysia or whatever and I’d imagine him there tracking down some story on a legless lizard out in the field with some scientists, and then off to do a photo of Mahathir bin Mohamad at a big political rally and then sitting under a big umbrella at a cafe with a table full of Leicas while some crazy expat spins a story about drugs being run through a temple at Karang Brahi by CIA operative disguised as a theatre troupe â and I thought “that really sounds like an interesting life.” It’s changing all the time, always presenting new challenges. If you’re a farmer, you go outside and do the same thing over and over again every day. That didn’t appeal to me.

2. If I wasn’t a photographer, I would …
… I don’t really think of myself as a photographer, but it’s the easiest pigeonhole to pop out of when people ask. I think of myself as an artist who sometimes uses a camera. But if I woke up one morning and gave all my equipment away I’d still be telling stories somehow, I might be writing or doing plays or something, but the energy all comes from this Big Ball of Something and we reach into it with our variously shaped scoops and grab a little blob of The Good â I just happen to have a camera shaped scoop at the moment.

3. How do you choose your projects? From whence does the spark come?
I think every artist has a bunch of things that they’re working on at once â at least every successful artist. You’re too distracted to have singleminded determination unless someone’s providing outside pressure, trying to form a diamond on a deadline, but you might have two or three or four Big Things and six or eight Little Things and you run around working on them and some atrophy and you lose interest and others begin to require more attention, and then, ultimately, someone says “I’ll pay you to finish this one” and that’s the one you work on.

Occasionally there are the ones you feel compelled to do, I did one called Echoes of Life (kylecassidy.com/echos) about places that people died and another one called In the Hive (inthehive.org) where I got people all around the country to take photos at the same exact time. Those weren’t things that were going to get me rich, but they had the additional intellectual reward of needing to be done.

For me the spark often comes from visualizing it finished. “Wouldn’t that be great to see on a wall or a shelf or on TV” that kind of thing. And lately I’ve been doing lots of sparking by collaborating with other people. I did a Soon To Be Unveiled top secret project with Elizabeth Bear and one with Michael Swanwick and one coming up with Carolyn Turgeon and one with Emma Bull, so that’s been a grand thing â it’s partially the realization that you don’t have to do All The Work combined with the real joy of not knowing what the other person’s going to drop into it to feed the fire. So that’s been going very well. I started a group, by the way, for creative people looking to partner up with strangers and work on stuff which you can find at 2xcreative.livejournal.com.

4. Best book project experience? Worst book project experience?
They can often be the same. When you’re just starting out on a book it can be this just daunting wall. It’s like going out into a playing card museum that’s been hit by a tornado and knowing that you have to clean it up all by yourself. That can be the bad part, but then it’s also the good part â I think really it depends on your attitude and if you focus on “oh no, I’ll never get this done” then you’ll just sit home and cry but if you treat it like “okay, gotta get out of bed this morning and charge at this beast and tear it up” you come home at night feeling a lot better.

I had some really magical moments out on the road.

The Book Expo when I got handed the first copy of Armed America off the presses was pretty awesome. (http://kylecassidy.livejournal.com/2007/05/31/) and sitting on a roof with Neil Gaiman and Amanda Palmer when we’d all first just met and talking about the book we were going to make … that was pretty great too (http://kylecassidy.livejournal.com/436800.html). [Angela: Thatâs Who Killed Amanda Palmer by the way. Reader: We know, you idiot.]

And in Kentucky while doing Armed America someone took me and my assistant to a gun range and let us shoot explosives with a machine gun. That was one of those “journalism IS pretty cool” days.

5. Donuts or danishes?
I look at both of them and think “there’s nothing good in there for me,” and I complain to people about the American diet and why can’t we have an idea of breakfast that is healthy and nutritious and start ranting about how the world is going to hell on the carbsugar train and then I shove the danish inside the bagel and eat it like a sandwich. 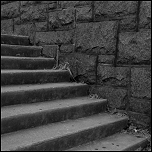 This entry was posted in Drive-by Interviews, News, On Publishing, On Writing: General and tagged amanda palmer, American Rocker, Armed America, drive-by interview, Echoes of Life, In the Hive, kyle cassidy, neil gaiman, Warpaint, Where I Write: Fantasy and Science Fiction Authors in their Creative Spaces. Bookmark the permalink.