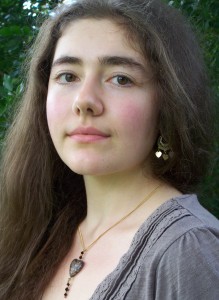 What was the inspiration for your story, Signature?

I was annoyed! I’d been reading a book about books, generally one of my favourite things, but this one took quite a judgmental approach to people’s reading and it made me consider what story about books I wanted to read instead: a shop that’s friendly and inclusive, staff who love books as much as the customers and create a sense of community, a safe niche where you can be yourself. The beloved bookshops of my childhood are gone but finding a new one is always a small homecoming. It also seems to me a common misconception about bibliophiles that a book highly admired in one circle should please everyone, literary works or classics in particular. I don’t agree! It depends so much on what you’re looking for, what you need at a particular time, and that varies wildly from person to person – from mood to mood, even. The story started with Priya and Rieke arguing pretty much that exact point and their characters developed very quickly from there. Priya is her own self, of course, but I drew some inspiration from a couple of people in my family who have similarly widespread reading interests and one of them has the indomitable cheerfulness that Priya weaponises, because I’ve always seen that as a bit of a superpower.

I am fascinated by fairy tales, folklore and mythology, and blog about all those things extensively at beyondthedreamline.wordpress.com. I write mostly spec fic but range all over the place within that, from fantasy and urban fantasy to steampunk and science fiction. History is another of my oldest loves and this year I published a purely historical story about Elizabeth I in FableCroft’s anthology Cranky Ladies of History – I may write more in that genre, we’ll see. And I am always interested to hear what people think of my work! 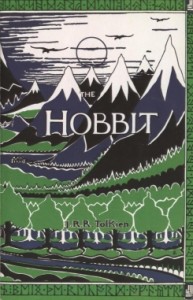 The first book I can remember reading is The Hobbit, and it was certainly a powerful influence. My earliest writing attempts involved a lot of quests, the ambitious kind that demanded I draw enormous maps to match and were punctuated by really terrible poetry. I tried to make picture books too, which I at least usually finished. The first time I actually thought ‘I will write a proper novel’ was…well, I’m not entirely sure how old I was, probably around eight? After I drew some very detailed, vaguely mythic women – personifications of Empress Time and her daughters the Seasons, I think – my mother said I should write a story about it. Which I did. (It was AWFUL). Drawing was always a huge part of writing for me and still is, I often get ideas about characters by sketching them. Other books that had a strong influence on the way I write include Cecilia Dart-Thornton’s Bitterbynde trilogy, Patricia A. McKillip’s Ombria in Shadow and Jane Austen’s everything.

This is a much better question than my top five favourite books – I can’t answer that one and cheat if I’m expected to. My favourite authors tend to change depending on mood, but five I can’t do without on my shelf are Patricia A. McKillip, Douglas Adams, Margaret Mahy, Jane Austen and Diana Wynne Jones.

The future of Australian spec fic is…

… exciting! I’m mainly involved in the small press scene right now and there’s been such a fantastic range of anthologies opening up in the past few years as publishers seek out more diverse stories. There should be space for everyone in the world we live in, but there’s absolutely no excuse for not making space in the worlds we imagine. From what I’ve seen, Australian spec fic is heading in a very positive direction and I’m so happy to be a part of it.

Faith Mudge is a Queensland writer with a passion for fantasy, folk tales and mythology from all over the world – in fact, almost anything with a glimmer of the fantastical. Her stories have appeared in various anthologies, including Kaleidoscope, Phantazein and Hear Me Roar. She posts reviews and articles at beyondthedreamline.wordpress.com. Somewhere in the overcrowded menagerie of her mind, there are novels. She is even writing some of them.