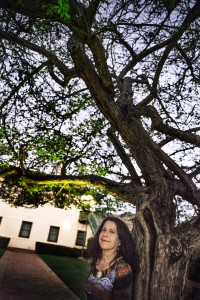 What was the inspiration for your story, âDeathâs Door Cafeâ?

This story was inspired a visit to the National Museum, where they had an exhibit of items relating to Ben Hall and his gang. There was a large door in the middle of the room, filled with bullet-holes. This was where one of the men was shot; you could probably remove DNA samples from the holes if you wanted to. It struck me that many doors have deaths behind or in front of them, and I wondered what it would be like to gather a lot of these doors in one place. 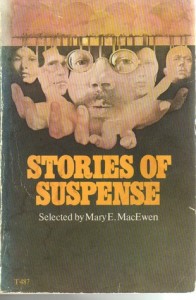 Two anthologies I read at the same time did this. I think I was about ten when I read them.

Ten Tales, edited by A.A. Phillips, had three stories that remain among my favourites.

I could easily give you the whole table of contents; itâs a brilliant book. But there were two in particular that I read and re-read.

Yeah, too hard! Iâll give you some authors I love this week!

And Iâm going to cheat and name two non-fiction writers, because they inspire and inform my own fiction

You can find her at http://kaaronwarren.wordpress.com/ and she Tweets @KaaronWarren