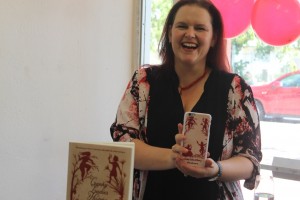 Our fearless editor, Tehani Wessely talks about Fablecroft and what on earth possessed her to start the Focus series.

What was the inspiration for the Focus volumes?

The inspiration lies squarely at the feet of Deborah Biancotti. Several of us were having a discussion about some ToCs that had been recently announced, and noting how few award winners were appearing in Year’s Best anthologies. Deb said something along the lines of “Wouldn’t it be great if someone would put together 8 or 10 award winners in a well-priced ebook? I’d buy that.” And well, the rest is historyâ¦

What should new readers know about Fablecroft?

That the editor is sometimes really slow at responding to emails but will always, ALWAYS get back to youâ¦ ð Also that we work really hard to promote and showcase our contributors as far and wide as we can, whether they are novelists, short story writers, essayists, poets or artists. The charter of the press is always to support emerging and established Australian authors (though we love our international contributors equally!) â we’re extraordinarily proud of the work we publish and want as many readers as possible to get their hands on it too. 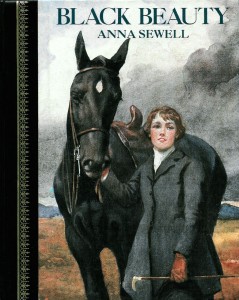 Black Beauty by Anna Sewell. Truth! I think it’s the point when I feel in love with character-based storytelling as well, which is still my favourite type. I went through a long phase that lasted well into my teens reading almost exclusively horse booksâ¦ Possibly also why I’m a big fan of dragons, it has been suggested!

Angela, that’s like asking me which is my favourite child! I am only going to name international authors, because I love too many Aussie ones to make so short a list.

But if you asked me again tomorrow, I’d probably give you five different ones. And five more again the next day! In fact, that’s a good idea â maybe I’ll tweet thatâ¦ ð

The future of Australian spec-fic is …

â¦full of possibility. We are able to do so many things now that we couldn’t do two, five, ten years ago. Who KNOWS where we’ll be in another two, five or ten years. I can’t wait to find out!

Tehani Wessely was a founding member of Andromeda Spaceways Inflight Magazine in 2001 and started her own boutique publishing house, FableCroft Publishing, in 2010. Now firmly entrenched in Australian speculative fiction and independent press, she has judged for several national literary awards and reads far more in one genre than is healthy. Find her online at fablecroft.com.au and @fablecroft or @editormum75 on Twitter.