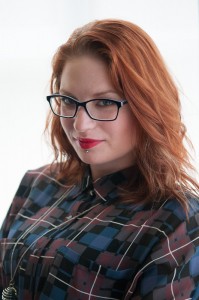 One of my favourite peeps, writer and editor (as well as archaeologist, coz over-achiever) Amanda Pillar has her debut novel out this week from Momentum. Graced can be purchased here. Amanda kindly took the time to answers a few questions.

So, what do new readers need to know about Amanda Pillar?

Iâm an editor and author, I have two cats, Iâm Australian and Iâm an archaeologist. I would have more cats, but my husband wonât let me. He says he has this thing called âallergiesâ. I accept my crazy-cat lady status with pride. Oh, and while I specialised in archaeoastronomy, I work in Australian cultural heritage management. And did I mention I like to write and edit?

What was the inspiration behind Graced?

Graced took a long while to mature into a real story in my mind. Looking back, I can see its development in a few of my earlier â abandoned â short stories. But the most basic inspiration? The phrase âeyes are the windows into the soulâ. What happens if they really do give away something essential about your nature?

What attracts you to the speculative fiction genre?

The wonder of it. Whenever I pick up a new work, whether itâs from an author I havenât read before, or writers I am familiar with â I never know what exact journey I will be taken on, the shape of the world, the madness of the universe it is set inâ¦and of course, there are times when I sit there in utter envy wishing I had thought of the idea myself (The February Dragon is an example of that!).

How did you connect with Momentum?

Through my agent, Jenny Darling. She was amazing. 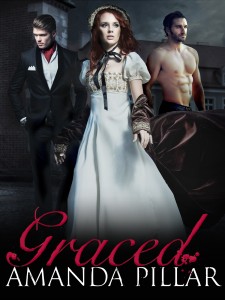 Ohh, I guess the easy answer, but also the most truthful one: making sure I am wearing the right cap at the right time. I have to remind myself that when Iâm writing, it doesnât have to be perfect straight off, it just has to be there. The fine-tuning can come later. I guess itâs about not getting too frustrated with myself.

When Iâm editing, I have to remember that this is not my story, but someone elseâs, and that my job is to just help the author make the story the best it can be. I do get emotionally invested in both the stories I write and those I edit.

In general, who and/or what are your writing influences?

Argh, this is a tough one. Can I say everything?

Much like any writer, itâs all about what we see, hear, smell, feelâ¦other authors are certainly a huge inspiration, but sometimes itâs a certain image, hearing a song, watching a showâ¦all these little things accumulate in your brain. I even found Lady GagaâsBad Romance inspirational â after all, what happens if you want a bad romance, rather than the HEA?

This one is easy. And odd. I tended to get stuck on things as a youngster, when I think about it. (Age four, decision: I want to be an archaeologist. Current age: archaeologist, check).

Anywayâ¦it was when I was 13. I went home from school one day, and began typing out my first novel. It was utter rubbish â and very derivative â but I havenât stopped writing since.

Who is your favourite villain in fiction?

Nooo. You didnât ask this. (I rather like a good villain and Iâm fickle). Iâm going to be cheeky and pick an anti-hero instead: Dirk from the Second Sons trilogy by Jennifer Fallon.

However, because I ducked out on it â Iâll admit to my current favourite TV villain: Reddington on The Blacklistâ¦(hey, Iâm only one season in!). 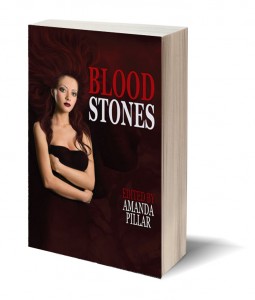 Who is your favourite heroine/hero in fiction?

This is tougher. I have high expectations of my heroines and heroes. However, Iâm going to go back to some of my first favourites: Alanna the Lioness, Daine the Wildmage, and Aly, all from Tamora Pierceâs Tortall universe.

Alanna took on a male-dominated society to prove her worth as a knight, Daine was a poor girl from an impoverished background who proved that she could â literally â be anyone she wanted. And then there is Aly, born into wealth and privilege, but with a mind as cunning and sharp as a thiefâsâ¦wonderfully diverse female characters with great personalities and foibles.

What is next for Amanda Pillar and the Graced cast?

Next on the list after Graced will be Bloodlines (the sequel to Bloodstones) a horror anthology all about blood magic and blood-ties that will be published by Ticonderoga Publications in June/August 2015. I also have hopes there will be another book set in the Graced universe, so youâll get to see the characters again, but no publishing plans as yet.