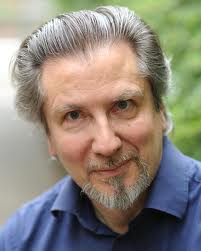 The superbly talented Mr Reggie Oliver is a playwright, author, biographer, actor and director. His Tartarus collection Mrs Midnight won the Dracula Societyâs Children of the Night Award, and was a finalist for both the British Fantasy and World Fantasy Awards. Here, he talks Horrorology.

I have always wanted to write something about the sixties, in particular the dark side of its glamour: the rapacious greed of its hedonism, the male exploitation of sexual liberation. I was a young teenager in that decade living in London and found it all thrilling. One film that superbly captures that era in all its glitter and seediness is Antonioniâs Blow Up. The image of the young and then beautiful David Hemmings as the photographer in that film standing over the prone body of one of his models, pointing his camera down at her, as if raping her with it, was a starting pointâ¦ That coupled with pictures of David Hemmings towards the end of his life, paunchy, unglamorous, disappointed, an Adonis no longer.

Oh, undoubtedly it was Sherlock Holmes, but I couldnât say which one, though possibly The Hound of the Baskervilles, the first novel I ever read to myself. Conan Doyleâs horror tales too â âThe Leather Funnelâ for example – were equally an influence. My first attempts at writing were nearly all imitations of Doyle in his horror or detective story modes.

Yes, though I have sometimes chafed at the term âhorrorâ simply because some people (mostly literary snobs) have such limited expectations of it. By it they tend to mean a lot of blood and sordid sex, and physical torment. And, while I donât entirely reject that side, I do think thereâs a lot more to it than that. I like the term that Charles Williams used for his âspeculative fictionâ: âspiritual shockersâ. If I could be seen as a writer of âspiritual shockersâ Iâd be happy.

Oh yes. Iâm with the African/Roman dramatist Terence on this. âHomo sum, humani nihil a me alienum puto.â âI am a human being I count nothing human alien to meâ â even âdamnedâ humanity.

Exceptionally dark and exceptionally bright, a sort of âdivine darknessâ, as St John of the Cross would have called it, especially when placed in the hands of Angela Slatter, Clive Barker, Steve Jones, in fact any and all of the contributors to Horrorology. I really think this is a great age for horror, because of its exceptional variety and inventiveness.