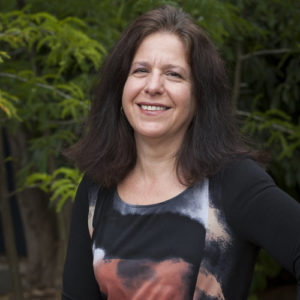 Today, the deceptively adorable Kaaron Warren talks specifically about her new novel, Tide of Stone, and about writing in general.

1. So, what do new readers need to know about Kaaron Warren?

Iâve been publishing fiction since 1993. Took me about five years to sell my first story, once I decided I really wanted to, but Iâve had stories in print every year since, which is something, I think. Iâve lived in Melbourne, Sydney, Fiji and Canberra, finding inspiration in every place. Even a simple walk to the shops can give me ideas for story or character. Tide of Stone is my fifth novel in print, although I have another one almost finished, plus one at first draft and a novel I wrote as a teenager.

2. What was the inspiration behind your new novel,Â Tide of Stone?

Like anything I write, it came from a number of places. Often a single image sends my imagination racing and in this case it was a picture of the Maunsell Sea Forts. Huge and abandoned, I imagined their insides echoing, and wondered what it would be like to spend a night inside one of them.

Apart from the isolation and the emptiness, there is a sense of permanence about them, regardless of the rust. They look like theyâve been there forever. 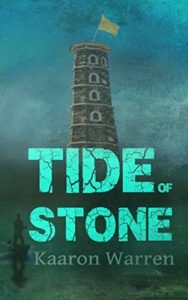 As I started writing the novel, about criminals who are given eternal life and imprisoned, I realised that the Forts wouldnât work for what I was doing with the story, so reluctantly I had to let them go.

The Time Ball tower captures a similar mood, but gives me the added symbolism of the ball dropping every day, keeping time.

3. How did you connect with Ominium Gatherum?

I knew of the publisher through some of the great writers they have published, such as SP Miskowski,John Claude Smith, Lucy Taylor,and Simon Bestwick. So they were on my radar as a place to consider them for Tide of Stone, which is a novel that takes some chances with content, style and layout.

When Lee Murray was hired as a commissioning editor they jumped further up my list. Iâm a great admirer of Lee as a writer and as a writing professional. Iâd seen her at work at the NZ Natcon, and I knew she knew her stuff. So I approached her to see if she would be interested in reading Tide of Stone.

Luckily for me, she loved it and Kate Jonez did, too. Lee edited the book and Kate has been incredibly supportive and professional throughout.

4. What attracts you to the darker side of fiction?

Like that with dark fiction, all the endings arenât tied up happily. I donât mind a happy ending but quite often those endings donât ring true for me.

I like that I can let a story travel where it needs to, and that anything is possible. Iâm fascinated by ghosts and I like being able to write stories where the existence of ghosts is a given.

5. In general, who and/or what are your writing influences?

Iâm a very broad reader and always have been. Iâm a scavenger for information, always looking for that ring of authenticity I can bring to a story. For example, I recently rescued a pile of old magazines and pamphlets from recycling, and Iâll use these to inspire a story or two. They might give me ideas, or they might give me a specific detail that will help a character ring true. They might help me decide on a plot development. You never know!

The British Stake in South Africa

Cumberland Recipe Calendar 1950. This is all cocktails! Including the Angelâs Dream, which is Apricot Brandy with ice cream on top.

And the fabulous Symbols for Welding. If this doesnât end up in a story Iâll eat the booklet with tomato sauce.

So Iâm influenced by all I read, including fiction, good and bad.

6. Who is your favourite villain in fiction?

Very hard to choose just one. Itâd come down to Randall Flagg in Stephen Kingâs The Stand, Nurse Ratched in Ken Keseyâs One Flew Over the Cuckooâs Nest and the vampire in Nathan Ballingrudâs Sunbleached.

But the award goes to the first real villain I came across in fiction: Rooky in Enid Blytonâs âFive Get Into Troubleâ. I was terrified of him! The Famous Five are kidnapped by Rooky after a case of mistaken identity, and he makes the most awful threats. He has a terrible temper, and this idea that someone couldnât control themselves, would literally blank out and commit acts of violence, gave me nightmares. Then of course there is the escaped convict the children discover. He terrified me too, because we knew so little about him, but Rooky was protecting him so he must be bad. And then thereâs Mr Perton, who owns the isolated houseâ¦

7. When did you first decide you wanted to be a writer

I started writing stories from the moment I learnt how to form words on the page. Even in the early years of primary school I took every opportunity to write a story. I still have some scraps of paper with early first lines on them, and one or two of my very early stories.

At 14 a family friend gave me a list of possible venues for stories, including writing groups running competitions and more. This gave them the idea that I could in fact become a published writer, but I didnât really start sending stories out properly till I was about 23 or 24. I was 28 when I sold my first short story, so it really did take a while. 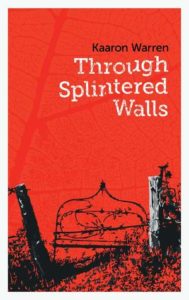 9. Name five people, living or dead, you’d like to invite to dinner?

Five people who still think about me even though I have forgotten they exist.

10. What is next for Kaaron Warren?

I have a short story collection from Dark Moon Books called A Primer to Kaaron Warren.

I have a novella coming out from Cemetery Dance.

Iâm Guest of Honour at World Fantasy in Baltimore this year, and at Stokercon and NZâs Geysercon next year.

Iâm working on a new novel (one is done and ready to go) and a number of short stories. I always have a few things on the go at once.