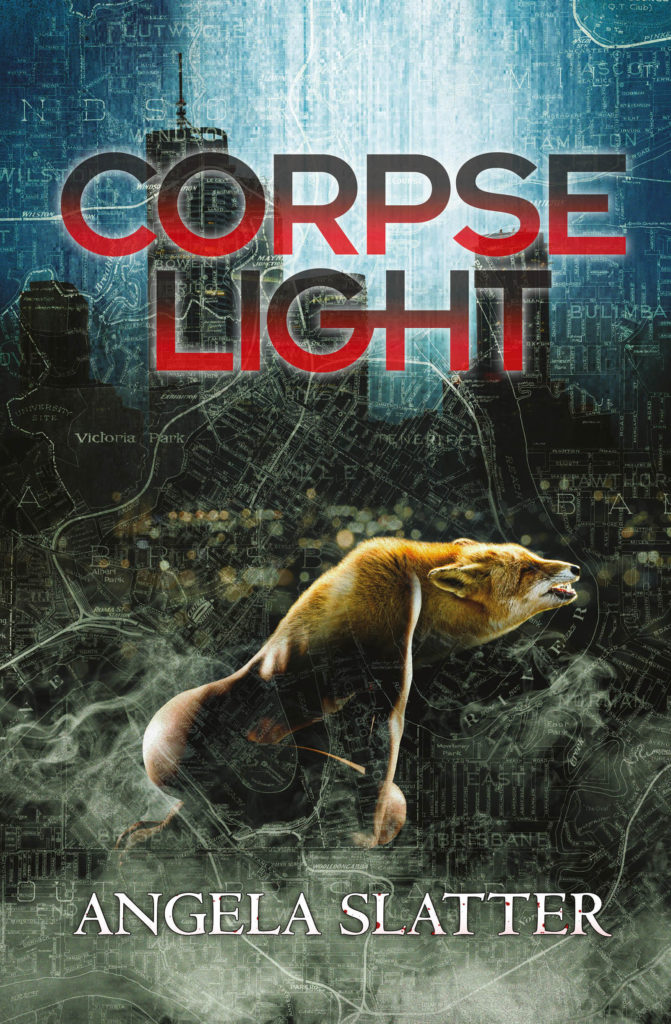 Life in Brisbane is never simple for those who walk between the worlds.

Verityâs all about protecting her city, but right now thatâs mostly running surveillance and handling the less exciting cases for the Weyrd Council â after all, itâs hard to chase the bad guys through the streets of Brisbane when youâre really, really pregnant.

An insurance investigation sounds pretty harmless, even if it is for âUnusual Happenstanceâ. Thatâs not usually a clause Normals use â it covers all-purpose hauntings, angry genii loci, ectoplasmic home invasion, demonic possession, that sort of thing â but Susan Beckettâs claimed three times in three months. Her house keeps getting inundated with mud, but sheâs still insisting she doesnât need or want help . . . until the dry-land drownings begin.

Vâs first lead takes her to Chinatown, where she is confronted by kitsune assassins. But when she suddenly goes into labour, itâs clear the fox spirits are not going to be helpful . . .

Corpselight is the sequel to Vigil and the second book in the Verity Fassbinder supernatural crime series by award-winning author Angela Slatter. Corpselight has appeared on the 2017 Locus Recommended Reading List.

âThe Fassbinder fun continues. The only-half-Normal Brisbane sleuth has fox-spirits, ninja librarians and much, much worse to deal with now, even as motherhood gives her a makeover. Slatterâs dark imaginings, spritzed with humour, pack age-old magic into a contemporary setting with a sure hand. This woman knows her stuff.â
â Margo Lanagan, award-winning author of Sea Hearts, Tender Morsels, Black Juice

âEdgy, hilarious and full of heart â Verity is back and as brilliant as ever!â
â Alison Goodman, award-winning author of Lady Helen and the Dark Days Club

âAngela Slatterâs ink is full of intimate magic and hard wisdom. Her characters live and breathe and glance out at you from the page to question your motives. One of the best dark fantasy writers working today.â
âChristopher Golden, New York Times bestselling author of Ararat and Snowblind

Acknowledgement: The editing of Corpselight was made easier with the kind assistance of the Katharine Susannah Prichard Writers Centre (during my Established Writer-in-Residence gig there) and the Copyright Agency’s Cultural Fund (which helped with funding).