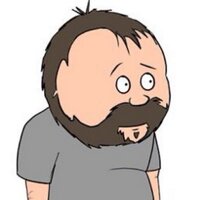 Malcolm Devlin’s stories have appeared in Black Static, Interzone and Nightscript as well as the anthologies Aickman’s Heirs and Gods, Memes and Monsters. His collection, You Will Grow Into Them will be published by Unsung Stories in June 2017.

1. What inspired your story “We Can Walk It Off Come The Morning” in Shadows & Tall Trees 7?

I probably shouldnât admit this, but âWe Can Walk It Off Come The Morningâ is perhaps around 60% true. On New Yearâs Day a few years back, I was part of a group of friends who — while horribly hungover — thought it a good idea to hunt down a particular standing stone, somewhere on the Barra Peninsula. Pretty much everything else is different, including all the characters. We all got home perfectly safely and spent the evening eating leftovers, which isnât very frightening it retrospect, but I remember that at some point in the silent fog, I did find myself questioning whether weâd all become unstuck in time somehow.

2. Can you recall the first story you ever read that made you think âI want to be a writer!â?

I donât think it was ever one particular story or author, more a gradual accumulation over the years. Despite growing up on a diet of Roald Dahl, Susan Cooper and Alan Garner, the first actual horror stories I remember reading were from a collection called Nasty by Michael Rosen. I must have been around eight or so, and the cover showed an illustration from the first story, involving a giant man-eating flea that was terrorising the Bakerloo Line in London. The one that stuck with me, though, was called âThe Loaf And The Knifeâ and involved a genuinely unpleasant solution to rodent control. It was unsettling stuff, but I appreciated the way it stayed with me and I suspect it might have steered my reading from then on.

I specifically mean open, empty doorways that stand between a warm, brightly lit room and a cold dark hallway, yard, corridor or street.

Let me give you an example: Itâs late, and youâre almost ready for bed, but youâve got chores that need your attention. Behind you, the door stands open, and through it, thereâs the unlit landing and the lip of the stair leading down to the lounge.

Thereâs nothing else, because for whatever reason you care to contrive, youâre all alone tonight.

Something a little bit wrong makes you turn around. Itâs probably nothing. A sound maybe, or the sense that shifts your perception of the sound to the wrong context. 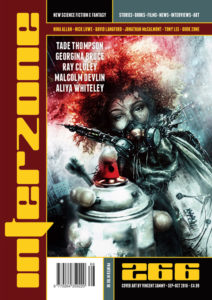 So you turn round and â¦ well, thereâs nothing there, of course. Just that gaping doorway, the landing, the stair. Nothing there at all. So you turn back to your work, satisfied youâre still alone.

Only of course, youâre not satisfied. You havenât heard anything else, so why is it that you want to look again? Why is part of you convinced that if you turn back, youâll see something framed in that doorway?Â  A figure maybe, indistinct, all shape and shadow and silence and nothing else. Still and patient on the other side. Waiting.

And so you look again. And of course thereâs nothing there. Only the landing and the top of the stair. All that space that something could occupy but doesnât.

Only five? Oh come on. Who escapes a sinking ship with only five books?

Letâs see. The Gormenghast books by Mervyn Peake, Hard Boiled Wonderland and the End of the World by Haruki Murakami, The Bloody Chamber by Angela Carter, The Owl Service by Alan Garner, Midnightâs Children by Salman Rushdie. Also everything ever written by Kelly Link, which I insist should be available in one volume before I allow myself to be in a situation where I might get shipwrecked with a strict book limit.

(If this looks like more than five books, then some of them might have got stapled together. I hear such things happen sometimes.) 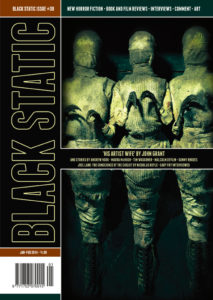 I have a collection called You Will Grow Into Them. Itâll be published by Unsung Stories, and is due in June which is both exciting and — a little like one of those open doorways — inexplicably terrifying.

This entry was posted in News and tagged Aickman's Heirs, Black Static, Gods, Hard Boiled Wonderland and the End of the World by Haruki Murakami, Interzone and Nightscript, kelly link, Malcolm Devlin, Memes and Monsters, Midnightâs Children by Salman Rushdie, Nasty by Michael Rosen, Roald Dahl, Shadows & Tall Trees 7, Susan Cooper and Alan Garner, The Bloody Chamber by Angela Carter, The Gormenghast books by Mervyn Peake, The Owl Service by Alan Garner, Unsung Stories, You Will Grow Into Them. Bookmark the permalink.