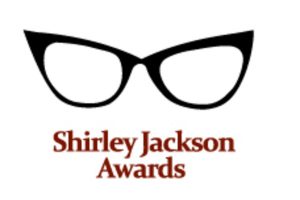 This morning there’s some undignified dancing around the house (much to the consternation of the dogs) as All the Murmuring Bones has been nominated in the novel category of the Shirley Jackson Awards. Thanks to the team at Titan Books!

This is a particular delight because (a) it’s my first time on the SJA list and (b) there are so many friends and colleagues also there with me! 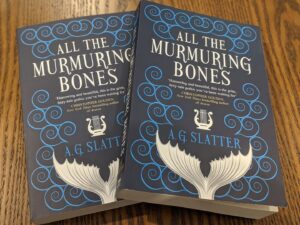 The nominees for the 2021 Shirley Jackson Awards are:

All the Murmuring Bones by A.G. Slatter (Titan Books)

My Heart Is a Chainsaw by Stephen Graham Jones (Saga Press)

No Gods, No Monsters by Cadwell Turnbull (Blackstone Publishing)

Nothing But Blackened Teeth by Cassandra Khaw (Nightfire)

Comfort Me with Apples by Catherynne M. Valente (Tordotcom)

Flowers for the Sea by Zin E. Rocklyn (Tordotcom)

The Night Belongs to Us by Jess Landry (Independent Legions Publishing)

âWe, the Girls Who Did Not Make Itâ by E. A. Petricone (Nightmare Magazine, February 2021)

The Women by Margaret Jameson (F(r)iction)

We are Happy, We are Doomed by Kurt Fawver (Grimscribe Press)

Where All is Night, and Starless by John Linwood Grant (Trepidatio Publishing)

Giving The Devil His Due: A Charity Anthology, edited by Rebecca Brewer (Running Wild Press)

There Is No Death, There Are No Dead, edited by Jess Landry & Aaron J. French (Crystal Lake Publishing)

The Shirley Jackson Awards, Inc., also is committed to promoting the legacy of Shirley Jackson and, as part of this mission, will present a Special Award to Ms. Datlow in recognition of the anthology When Things Get Dark: Stories inspired by Shirley Jackson (Titan Books, 2021).