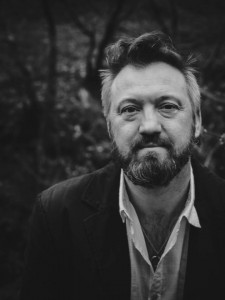 UK writer Simon Kurt Unsworth has been writing some fairly stunning and disturbing short fiction for quite some time – if you’re a fan of his, then hold onto your hat because his first novel has just been released into the wild. The blurb for The Devil’s Detective reads thusly:

…. where skinless demons patrol the lakes and the waves of Limbo wash against the outer walls, while the souls of the Damned float on their surface, waiting to be collected.When an unidentified, brutalised body is discovered, the case is assigned to Thomas Fool, one of Hell’s detectives, known as ‘Information Men’. But how do you investigate a murder where death is commonplace and everyone is guilty of something?

So, what do readers need to know about Simon Kurt Unsworth, Writer?

That heâs tall, wears cowboy boots and writes directly into his iMac or MacBook with his iTunes library on permanent shuffle. I suppose it might be useful for people to know that Iâve had three collections of short stories published, Lost Places from Ash Tree Press, Quiet Houses from Dark Continents Publishing and Strange Gateways from PS Publishing, and that Iâve had lot of stories published, including being reprinted in six volumes of The Mammoth Book of Best New Horror. If people want to send me gifts, Iâm partial to single malt whiskey, spiced rum, weird bolo ties and pizzas.

Where did the inspiration for The Devil’s Detective spring from?

The short answer is, I donât quite know! I was in Leeds and I had a sudden image of a train rumbling down the street outside the bedsit I was in, the windows of it filled with screaming faces. At the same time, I had a clear idea about a policeman in Hell trying to solve a really, really gruesome set of murders, and the name Thomas Fool became associated with the policeman. Tom Fool was a real person, incidentally â he was the jester at Muncaster castle, and is alleged to have killed someone, and his ghost is now said to haunt the castle. Iâd seen one of those âprimetime dramatisations masquerading as a documentaryâ things about him and it scared me silly for some reason, and the three things kind of came together in my head. It took twenty years from having those initial ideas to actually writing the damn thing, though, and most of the incidents in the plot were the result of simply sitting and working things out. I always had the ending in my head, it was just a case of getting everyone there. Incidentally, Tom Fool is where we get the word tomfoolery fromâ¦

Oh God, where to start! Well, clearly, Stephen King, especially the early stuff â âSalemâs Lot is my favourite novel bar none, and Night Shift was an early masterclass for me in the creation of brilliant short stories. I go through phases with King more recent work (Iâm on a âliking his stuff againâ phase at the moment), but his old stuff is unassailable in my view. M. R. James wrote the best ghost stories Iâve ever read, and T.E.D. Kleinâs stuff (especially the story âChildren of the Kingdomâ) gave me a voice to rip off when I was starting to try and write things. Japanese graphic novelist Junji Ito â and if you donât think graphic novels are novels, if you think theyâre in some way lesser artforms, go and read the three volume masterpiece that is Uzumaki and if you arenât persuaded of the sheer power of the graphic novel after reading that, youâre lost to the darkness – is an artist who doesnât produce enough stuff (that gets translated, at least), and he just awes me and keeps me hoping that one day Iâll write something as good as his work. For various reasons, the work of Kim Newman, Christopher Fowler and John Connolly have provided inspiration, and the films of John Carpenter are a constant source of joy and influence. Mostly, though, I try to think about what it might feel like to have my family and friends in dire situations, and write about how that might feel. Zombie apocalypses are all well and good and very exciting, but actually whatâs more terrifying to me than the walking dead is my son or wife or stepchildren being threatened by the walking dead, and itâs that feeling I try and find in my writing.

What draws you to writing horror? 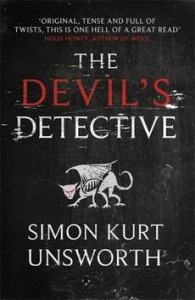 You are allowed to invite five people, dead or alive, to a dinner party – who are they and why?

This is an odd one, really, because Iâve kind of decided that I donât want to meet my heroes in case Iâm disappointed. I have a horrible suspicion that if I met Spike Milligan, for example, he and I would not get on at all (despite my belief that heâs one of the funniest men ever to have put pen to paper, and him being hugely important in what I find funny and how I see the world), and that might spoil my enjoyment of his work. That aside, I suppose the 5 people Iâd want are:

My wife, Rosie. Sheâs my best friend, and I canât imagine not having her with me for something like this.

Stephen King, just because that way Iâd have met him (instead of just being in books with him!). He and I have similar political leanings, so I think weâd get on okay. Plus, he might let slip some ideas I could nickâ¦

The writer Larry Connolly. He and I only see each other about once every 3 years so itâd be great to catch up with him.

Note: Iâve hit three and canât think of any more unusual guests, because Iâve genuinely got the people in my life I want and thereâs no one Iâm desperate to meet â so my last two guests are my son Ben, because I donât see him enough and heâs ace, and my best friend Steve because he always, always makes me laugh and feel better about myself.

What was the process like, selling the novel from go to whoa?

Long! I originally sent the first three chapters of the novel to my now-agent John Berlyne on the advice of my friend Steve Volk. John told me he didn’t read unfinished stuff, but then (thankfully!) read it anyway and decided he liked it. He gave me some specific advice and then told me to âfuck off and finish it and then come back to meâ (his words, not mine). I did, and then we spent some time going back and forth tightening and changing things until we had something pretty good. John then did his funky agent thing, and nine months later we started to get interestâ¦and then offers. The process of deciding which offer to take, while John worked his Machiavellian magic to made the various offers as good as possible, took a few weeks and then it took another few months of contract negotiation (thankfully all carried out by John and not me!) before we had something I could sign. I worked out it was almost exactly a year between formally agreeing to represent me and us selling The Devilâs Detective. I donât know if thatâs normal or not, but it was a strange period, characterized by long periods of frustrating nothingness and then periods of frenzied emails and phone calls and offers and counter-offers. I look back on that time with a kind of startled affection, because my life changed so completely over those twelve months that I almost donât recognize the person I used to be compared to the person I am now.

Iâm like most writers, I think â Iâve never not wanted to be a writer. If youâre asking when I thought I could be writer, there are two points: at about 13, I wrote a story that basically ripped of Stephen King and my English teacher, who had previously not responded well to anything Iâd done, gave it a high mark. It made me think I could write, and from that point it was what I wanted to do. Later, I took some creative writing courses and during one of these I wrote the story âThe Baking of Cakesâ, which is where I think I found my voice and confidence because of how people responded to it. 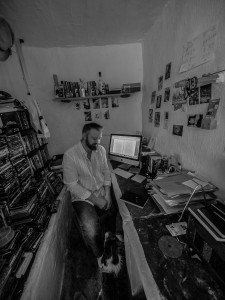 Three houses tie for this: the Overlook Hotel, Hell House and Hill House. Iâm a total sucker for a good haunted house story, and those three are pinnacles for me because in each the house itself is a character, sinister and threatening and dangerous. Theyâre fucking terrifying!

Oh, thatâs tough, there are so many. Well, Clifford D. Simak, Hell House, Hill House, Shirley Jackson, Clive Barker,âs âSkirmishâ is near-perfect for me because itâs a self-contained tale but also acts as a gateways to a bigger world into which we can imagine ourselves. M.R. Jamesâ âThe Mezzotintâ is brilliantly, creepily nasty and is a big influence, Kingâs âBattlegroundâ is a masterpiece of dealing with an essentially silly central idea with absolute straightness and creating something brilliant as a result, and Barkerâs âIn the Hills, the Citiesâ shocked me damn near catatonic when I first read it. I think, though, that it has to be the Jamesâ tale that takes the crown â just. It is, to me, a perfectly crafted gruesome vignette, both frightening and upsetting and delivered with neither explanation nor apology.

The sequel to The Devilâs Detective, currently called The Devilâs Evidence, is taking up most of my writing time. Outside of that, Iâm enjoying being a husband, dad and stepdad, so Iâll keep on it them as well.