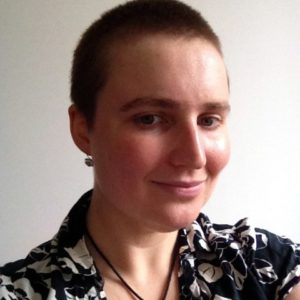 Foz Meadows is an Australian fantasy author, reviewer, poet and blogger. She has most recently publishedÂ An Accident of Stars, an epic portal fantasy fromÂ Angry Robot, and Coral Bones, a Shakespearean novella; she has also written two YA urban fantasy novels,Â Solace and Grief and The Key to Starveldt. A full list of her publications can be found here. Foz is a reviewerÂ for Strange HorizonsÂ and a contributing writer forÂ The Huffington PostÂ and Black Gate; her essaysÂ have appeared in various venues online, includingÂ The Mary Sue,Â A Dribble Of InkÂ and The Book Smugglers.Â InÂ 2014 she was nominated for a Hugo Award for Best Fan Writer; she has also been nominated for the Ditmar for Best Fan Writer in 2014 and 2016. Foz likes cheese, geekery, writing, webcomicsÂ and general weirdness. Dislikes include Hollywood rom-coms, liquoriceÂ and waking up.

FozÂ currentlyÂ lives in Brisbane with not enough books, her very own philosopher and a toddler. Surprisingly, this is a good thing.

1. So what should new readers know about Foz Meadows?

Iâm a genderqueer dork who yells a lot online about fandom, feelings, feminism and politics, not necessarily in that order; I also write poetry, reviews, essays, short stories and fantasy novels. In any social gathering, you will find me lurking in close proximity to both food and alcohol, unless the venue in question has a resident cat (or cats), in which case Iâll be trying to befriend them. I think that characterisation and worldbuilding are the lynchpins of a good plot, that SFF is valuable precisely because it shows us how to create new worlds, and that tropes are both a feature and a bug. Also, I love karaoke.

2. Name five people youâd like to invite to dinner.Â

See, thatâs a tricky question to answer, because while Iâm probably meant to choose an ideal guest-list from the untouchable famous â or maybe from all of history â thatâs honestly too much pressure. Iâm much more fond of informal hangouts than actual sit-down dinners, and Iâd feel too self-conscious to try and have Important People sitting on my toddler-stained Ikea couch eating Bolognese out of my favourite white bowls with the fish painted on, you know? Plus, I mean, if you start picking people from different historical periods, it sounds all fun on paper, but in reality, thereâd be so many cultural and language barriers that even at a fancy catered venue, it would end up super awkward. So honestly, if I had the ability to magic five people of my choosing over to my place for dinner, itâd just be a bunch of my real-world friends who live so far away that I donât get to see them often, let alone all at once. Thatâd be amazing.

3. When youâre in the mood to read, who is your first choice?

Again, a difficult question! At this point, my TBR pile stretches into infinity, and if Iâve got the brainpower to start a new book, I usually go for whatever recent release or as-yet unread purchase is closest to the top of the stack. If I want a comfort read, though, my current go-to is The Goblin Emperor, by Katherine Addison, though Tamora Pierceâs Protector of the Small quartet is also high up the list.

4. What was the story/book that made you think âI want to write!â?

For me, it was less a single book or author that made me want to write, and more the love I felt for stories generally. I grew up in a house full of books, and as a kid, it never really occurred to me not to try my hand at it. We had to do plenty of creative writing assignments in primary school, which led in pretty naturally to me writing my own stories at home, for fun. The first time I ever sat down with the express intention of producing a novel, I was eleven or so, and my direct inspiration was Elyne Mitchellâs Silver Brumby series â I tried to write my own story about the lives of wild horses, and while I didnât get very far with it, thatâs when I realised that writing was something I wanted to do, not just for my own pleasure, but as a career.

5. What was the inspiration forÂ Solace and Grief?Â

Way back in 2006-2007, Iâd started sending out the Great Unpublished Epic (GUE) that I worked on all through high school and university. By that point, Iâd been editing it for so long that my brain just wanted a break, and as it happened, I found myself re-bingeing Buffy the Vampire Slayer while working a job as a legal PA. Like many administrative positions, the job was either full-on busy or dead quiet, and during one of the quiet periods, I started mulling over the (largely inconsistent) mythology in Buffy and thought, why not write my own take on magic and vampires and urban fantasy? I honestly didnât expect it to go anywhere, which is perhaps why it did: free of any personal pressure or expectations, the first draft of the novel only took a few months to finish, and when I started submitting it alongside the GUE, it was Solace & Grief that people were interested in.

6. Do you prefer writing short or long form?

I wouldnât call it a preference, per se, but most of what I end up producing â or finishing, rather â tends towards novel-length. My drafts folder is full of unfinished short stories: I get plenty of ideas that work as shorts, but for some reason, I find it really difficult to go back and complete them once the initial surge of enthusiasm has passed. With novels, itâs easier to take my time, to write in bouts interspersed with breaks as I work out the kinks and characterisation, but short stories are different. Unless I finish them all in one sitting â or, rarely, two â the likelihood is that I wonât finish them at all. Or at least, thatâs been my habit so far: Iâve recently started trying to write the initial idea down as notes, so that I can mull the execution and come back to it later, but whether or not thatâll work long-term is yet to be established.

Iâm terrible at picking overall favourites of any kind, because it always feels like comparing apples to oranges. I love Nausicaa from Nausicaa of the Valley of the Wind, but measuring her against Dutch from Killjoys or Keladry of Mindelan is kind of impossible, not only because they all come from different SFFnal subgenres, but because they exist in different types of narrative. The same applies to villains, with the added complication that thereâs a difference between enjoying an evil but well-written villain and actually liking the character despite their wicked ways. Mads Mikklesen as Hannibal in the recent TV series has a fascinating tendency to blur the lines between the two; itâs just such an amazing performance that, even when youâre horrified, heâs still compelling. But trying to compare him to Cersei Lannister or No-Face from Spirited Away isâ¦ not really possible.

8. What is the book that taught you the most about writing?

In absolute honesty, and as much as Iâve learned something from every book Iâve written, the thing thatâs taught me the most about writing is fanfiction. In traditional publishing, thereâs such a long stretch of time between creation, submission, editing and publication that itâs easy to get lost in the process. Iâve said before that the paradoxical thing about writing a book is that the act of completing it turns you into someone who couldnât have written it, because who you are at the end is, in some fundamental way, different to who you were at the outset. So when the editing process stretches out over months or years â when you go so long without external feedback, caught up in second-guessing yourself because the person you are now, doing final copyedits, isnât who you were when you wrote the first draft, and how do you reconcile the two? â itâs easy to feel like youâre somehow a step removed from your own creation. But fanfiction has this glorious, raw immediacy to it, not just in terms of stylistic conventions, but the rate of production and the speed of feedback. You write a chapter, you post a chapter, and ten minutes later youâve got commenters telling you what they thought and asking for the next one. Fanfiction taught me how to get out of my own damn head and just write the thing; how to break conventions and fix issues on the fly and just generally produce stuff that was better, faster and less self-conscious. Iâm an infinitely better writer for having become involved with fanfiction than I was before, and I canât recommend it highly enough. Plus and also: queer everything.

9. Who were/are your literary influences?Â 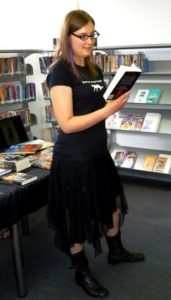 In approximate order of appearance, my most influential authors growing up were Rudyard Kipling, Geoffrey McSkimming, Brian Jacques, Tamora Pierce, Douglass Adams, Sara Douglass, Anne McCaffrey, Terry Pratchett, Robin Hobb, Katharine Kerr, Kate Elliott and Neil Gaiman. There are other authors Iâve discovered since then whoâve had a huge impact on how I view SFF as an adult â notably N.K. Jemisin, Catherynne M. Valente, Lois McMaster Bujold, Aliette de Bodard and Nick Harkaway â but those first twelve are my core genealogy. Their works are the line of direct descent I trace whenever Iâm asked how I discovered this part of genre or that, like a sort of developmental zodiac. Iâm more critical of all their works now than I was growing up, but I wouldnât be here without them, and for that, Iâm grateful.

10. Whatâs next for Foz Meadows?

Right now, Iâm working on a couple of queer epic fantasy romances that Iâm really excited about, but Iâd also like to do some more with the Manifold Worlds series â perhaps not another novel right off, but maybe a novella or two. Iâll have to play with it all and find out!