Sorcerer to the Crown: Zen Cho 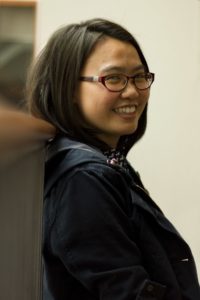 Zen Cho was born and raised in Malaysia, and lives in London. Her short fiction has been nominated for the Selangor Young Talent Awards and the Pushcart Prize, honour-listed for the Carl Brandon Society Awards, and translated into French, Spanish, Italian and Finnish. Cho was a 2013 nominee for the Campbell Award for Best New Writer, joint winner of the Crawford Award for her short story collection Spirits Abroad (Buku Fixi, 2014) and winner of the British Fantasy Award for Best Newcomer for her debut historical fantasy novel Sorcerer to the Crown (Ace/Macmillan, 2015).

Sorcerer to the Crown was also a Locus Awards finalist for Best First Novel, RT Reviewersâ Choice Awards nominee for Best Fantasy Novel and official nominee for the ALA/YALSA Alex Awards, as well as being longlisted for the British Science Fiction Association Awards and the Tiptree Award. Sorcerer to the Crown has appeared in Best Books of 2015 lists from Library Journal, ALA, Barnes & Noble, NPR, io9, Tor.com, BookRiot and the Seattle Times.

Cho is the editor of anthology Cyberpunk: Malaysia (Buku Fixi, 2015), a Popular-The Star Readersâ Choice Awards 2016Â finalist. She was a juror for the Speculative Literature Foundation 2014 Diverse Writers and Diverse Worlds grants and serves on the Board of non-profit Con or Bust. She has appeared at festivals and conventions in Malaysia, USA, UK, the Netherlands and Finland, and co-organised UK convention Nine Worlds Geekfestâs first Race & Culture programming track. Cho has spoken on feminism and social justice in genre on Minnesota Public Radio News, BBC Radio 4 and Al Jazeeraâs online daily TV show The Stream.

1. First of all, what do new readers need to know about Zen Cho? 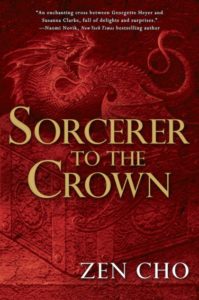 I’m a fantasy author from Malaysia who grew up on a diet of Jane Austen, P.G. Wodehouse, Terry Pratchett, Edith Nesbit and Diana Wynne Jones books, and my writing is a mix of these and other influences closer to home. I’ve published a collection of short stories, Spirits Abroad, and a historical fantasy novel, Sorcerer to the Crown, which is about England’s first African Sorcerer Royal.

That’s an interesting question! Every book teaches you about writing, if you’re paying attention, but if I had to pick one I guess I’d go for Terry Pratchett’s Discworld series. Pratchett’s work was what taught me that you can be incredibly funny and deal with the big issues at the same time.

3. What was the inspiration for Sorcerer to the Crown?

Like any novel it came from any number of initial sparks, but its ultimate source was the old-timey British books I grew up reading, and how they often referred to characters as “dark”. This used to puzzle me as a kid because in my world when you said someone was dark, you meant they were dark-skinned – but I knew English storybooks were all about white people. It took me a while to figure out that they simply meant “dark-haired”. But I thought it’d be interesting to write a book in the style of those novels I grew up reading, only about someone who was actually dark-skinned.

4. Do you prefer long form or short form?

Long form gives me tremendous difficulty, but I probably prefer it. You have more space for exploring character, which is what I’m really interested in. 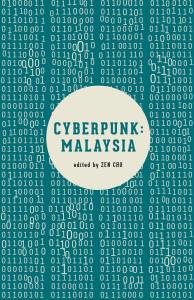 5. How do you balance writer with other day job requirements?

With difficulty! I’m lucky enough to work part-time, which means I’m assured of a set amount of time per week to write, but you still need to be very organised and very protective of that writing time.

6. Whatâs the story behind The Perilous Life of Jade Yeo?

That was directly inspired by Uncommon Arrangements by Katie Roiphe, a book about the tangled love lives of the Bloomsbury Group. I thought the story of feminist writer Rebecca West and Victorian superstar H. G. Wells made a perfect romcom – they met when West savaged a book by Wells in a review, and had a relationship that went on for years – so I wrote it. But I made the heroine an obscure Malayan Chinese writer living in London to cut down on the need for research.

No. My earliest recorded short story dates from when I was six, so the urge must have begun early! 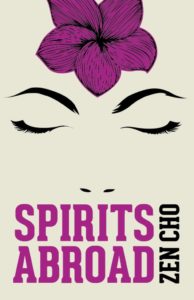 It depends on what I’m in the mood to read … I read a lot of history, particularly of Britain in the Regency period, and Malaysian and Southeast Asian history of any period. With fiction I read across genres a fair bit. I reread more than I probably should. My “guilty pleasure, no effort required” reads are middlebrow fiction by British interwar female writers – the sort of books published by Virago and Persephone Books – and biographies of female writers.

(1) Chirrut Imwe, Donnie Yen’s badass warrior monk character from Star Wars: Rogue One, because I just watched it and I love him.
(2) Grace Delarua from Karen Lord’s The Best of All Possible Worlds, because she’s smart and down-to-earth and could teach us to swear in a dozen space languages.
(3) Stephen Maturin from Patrick O’Brian’s Aubrey/Maturin series. He’s canonically bad company at the dinner table but would probably exert himself due to the demands of Regency etiquette, also, he’s one of my two favourite fictional characters of all time.
(4) Temeraire from Naomi Novik’s Temeraire novels. We’d have to cater a whole cow or two just for him, but he’d tell us about draconic rights and Chinese literature!
(5) Kuchiki Rukia from Kubo Tite’s Bleach series, the other of my two favourite fictional characters of all time. She’s dead but she likes cucumbers and rice dumplings so she’d be easy to feed. 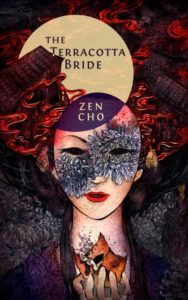 I’m working on the follow-up to Sorcerer to the Crown, which will hopefully be out some time in 2018.