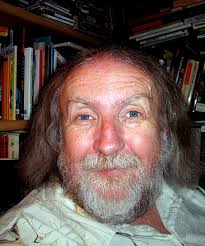 As a younger reader (back when dinosaurs walked the earth) I got my first taste of Steve Rasnic Tem’s fiction in the Giant Book of Vampires (edited by Steve Jones). The story was the slowly creeping “Vintage Domestic”, a tale that taps into the horror of the home and all the strange things that might occur there – and its rhythms stay with me even today. Mr T was kind enough to answer some questions for me; his Spectral Book of Horror Stories story is wonderfully titled “The Night Doctor”.

I donât know if most would consider it a proper horror story or not, but Kafkaâs âA Country Doctorâ had an enormous impact on me when I first read it. It was as if reality had been disassembled, and then reassembled in order to illuminate a profound truth about our lives in the world, how a strangeness permeates many of our attempts at finding meaning. I knew at once that was the kind of fiction I wanted to write.

âThe Night Doctorâ came out of a notion that children and adults both imagine fanciful explanations for the events in our lives which are difficult to face. The adult explanations may seem to have the smell of rationality about them, but sometimes they are anything but.

I write all kinds of stories, so it would be difficult to narrow it down. But I would say âThe Night Doctorâ fits in with the kinds of horror tales Iâve been writing the last couple of yearsâstories in which an emotional explanation for dreadful, hard-to-accept events becomes primary, making it necessary for the characters to reassess their ideas about the nature of the real.

Although Iâve written both kinds, I tend to prefer the psychological type. Psychological horror relies heavily on the fancies our anxieties create, the dark foreshadowings we see in the most common events and objects. Ironically, even though âslashyâ horror often presents itself as more âreal,â relying as it sometimes does on precise descriptions of traumatized flesh, it is actually much less connected to everyday experience. The average human being imagines shapes in the shadows with some frequency, but rarely does he or she encounter a severed limb, for instance.