The Best of Both Worlds: S.P. Miskowski 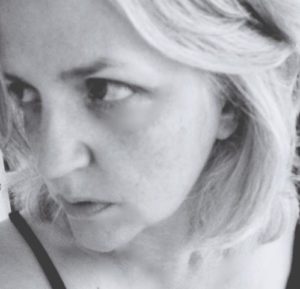 1. What do new readers need to know about S.P. Miskowski?Â

The core of my writing is to ask what it means to be human in an indifferent universe. The horror is essential. The humor is intentional. The darkness is always with us. And if I may quote Michelle McNamara, âItâs all chaos. Be kind.â

2. What was the inspiration for your novellaÂ The Best of Both Worlds?

The story began as a sub-plot to my short novel, The Worst is Yet to Come, set in the fictional town of Skillute, Washington. As the book progressed I realized the sub-plot, about two adult siblings with disturbing interests, was pulling focus from the main storyline. It was closely related but somewhat different in tone and intention. I cut the sub-plot to make the novel more intense. Later I went back to this idea of siblingsâone stalking the living, and one trying to speak to the deadâand created a separate story, The Best of Both Worlds. The action in the novella is concurrent with the novel, and in the second half the two stories converge. Itâs best to read the novel first, I think, and then read the novella as a companion piece that adds (I hope) a new dimension to the world of Skillute, which I first created in a novel called Knock Knock.

What draws me to the horror genreâas a writer and as a readerâis a need to make sense of the worst things Iâve observed in the world. I know many other people who feel this way. What youâve been made to witness or experience serves no purpose in your life unless you can share it, somehow. A destructive way to do that is to pass along the violence and cruelty in your relationships with other people. A creative and even possibly useful way to share it is by making stories, confirming what you know, connecting with readers who recognize the horror and find solace in knowing it isnât just them, itâs the worldâand there are plenty of us who choose not to simply lash out in anger and pain.

Anything I can get my hands on by Jess Landry, Kate Jonez, Matthew M. Bartlett, Laird Barron, Victor LaValle or Gwendolyn Kiste. Iâm also enjoying fiction by S. L. Edwards and Mike Thorn. But most of 2020 will require non-fiction reading and research for the books and stories Iâm writing. The subjects range from skinwalker legends of the Native American southwest to spiritualism in late 19th century British Columbia. 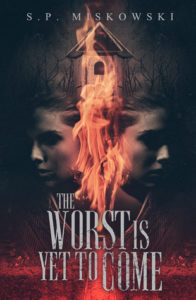 The novel Iâm writing now has gone through several incarnations. It started as a series of first person stories in the form of interviews. From there itâs developed into a much more complicated narrative in third person limited and third person omniscient, to convey a tale of broken friendship and petty revenge leading to tragedy. Along the way I touch upon the best and worst of social media, how technology informs and infects our lives, and how its advantages merely serve the nature of the people using it.

Bio: S.P. Miskowski has received two National Endowment for the Arts Fellowships, three Shirley Jackson Award nominations and two Bram Stoker AwardÂ® nominations. Her second novel, I Wish I Was Like You was named This Is Horror Novel of the Year and received a Charles Dexter Award (Favorite Novel of 2017) from Strange Aeons. Her books are available from Omnium Gatherum Media and JournalStone/ Trepidatio. Her stories have appeared in Supernatural Tales, Black Static, Identity Theory, Strange Aeons and Eyedolon Magazine, and in numerous anthologies including The Best Horror of the Year Volume Ten, Haunted Nights, The Madness of Dr. Caligari and Darker Companions: Celebrating 50 Years of Ramsey Campbell. https://spmiskowski.wordpress.com/

This entry was posted in Uncategorized and tagged horror, Jess Landry, Kate Jonez, knock knock, Laird Barron, Matthew M. Bartlett, Ramsey Campbell, S.P. Miskowski, The Best of Both Worlds, The Worst Is Yet To Come, Victor LaValle or Gwendolyn Kist. Bookmark the permalink.