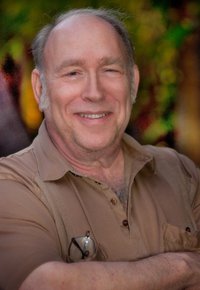 The Resnick is a science fiction creature, displaying a propensity for accumulating Hugos and Nebulas. Has a marked fondness for cheese blintzes and half to three-quarter naked pirate queens. His publication list must be viewed to be believed and may cause the expression âHoly snapping ducksh*tâ to exit the mouth of the viewer. May be found in the collaborative company ofÂ Campbell award nominee, Lezli Robyn.

1. What are your writing fetishes, i.e. what canât you write without?
Iâm inclined to say a keyboard, but I assume you want a minimally less facetious answer. I canât write without music playing â the same music over and over and over, because if I change it I listen to it, and if I listen to it I donât concentrate enough of the writing.

2. How many Hugo award winners does it take to change a light bulb?
I donât know about Hugo winners, but I know how many publishers it takes to screw in a lightbulb: Three. (Two to hold the writer down, and â¦)

3. A story can always be improved by the addition of …
A. A lusty half-naked pirate queen.
B. A massive alien attack on Springfield, Missouri. (I was stranded in their damned airport for 5 hours. It has to be their primary target.)
C. A hero named Lance Sterling.
D. References to Mike Resnick as the great literary artist of the 20th and 21st Centuries.
E. A lusty three-quarter-naked pirate queen.

His webpage is here.