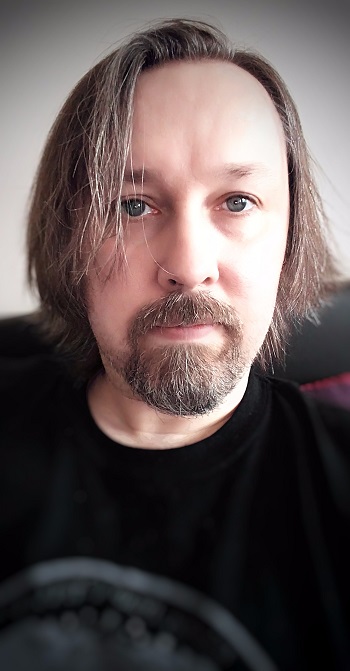 Today, Mr Simon Avery takes over the blog to talk about writing in general and his TTA novella, The Teardrop Method.

I worked at Andromeda bookshop in Birmingham from 1988 for ten years. For the genre fan of a certain age, Andromeda â then the worldâs oldest and longest running SF/Fantasy bookstore â was the place of pilgrimage. People from all over the world visited our humble little shop in Birmingham. It was where I decided that writing was something I wanted â and needed â to do. I met hundreds of authors during my years there –Â a veritable whoâs who of genre writing: Clive Barker, Iain Banks, Peter Straub, Terry Pratchett, Neil Gaiman, Anne Rice, Dan Simmonsâ¦ It was hugely inspiring to be able to spend time with these people and discuss their craft. I have some fond memories of those years.

In the early nineties I also discovered the slipstream movement that featured in Christopher Kenworthy’s Barrington Books anthologies and in Andy Cox’s The Third Alternative. Joel Lane in particular was a massive influence on my first few years’ work. Joel was a mentor to me, as well as a great friend. We were introduced to each other in the early 90’s at Andromeda Bookshop. I have fond memories of hours spent in pubs, curry houses and parties, discussing anything and everything with him.

He read my first story, Suzanne, and gave me some pretty detailed analysis and feedback. It was published by Chris Kenworthy in the Watch Fire anthology in 1995. He also suggested I send something to Andy Cox, who is the other person instrumental in my writing career. That was Blue Nothings, also published in 1995. Andy has always been a great supporter of my work, and has continued to publish it for over twenty years now, in The Third Alternative, in Black Static and most recently in TTA Press’s novella range.

2. What was the inspiration behind The Teardrop Method?

A couple of things. After meeting my girlfriend, Amanda, we started to travel across Europe for our annual holidays. Paris, Rome, Venice, Bruges, Lake Garda, Salzburg… Somewhere along the way, I decided I wanted to write something that was drenched in the atmosphere of a fading European city in the snow, and Budapest became the destination that fitted the story I wanted to tell.

The other thing grew out of a fascination with reclusive artists, particularly musicians. I knew very early on that I wanted to base the character of Krizstina on the Swedish singer/songwriter Stina Nordenstam. I’ve been a fan of her work since she released her debut album back in 1991. She hasn’t released anything since 2004. Her website has gone, the Facebook group only lights up with old videos, and the message boards have nothing to report. No one it seems knows what she’s been doing these past 14 years. In this day and age of social media, I find it fascinating that someone can abandon their career and fade out of view so completely.

The Teardrop Method was a way to combine the atmosphere of a wintry Budapest with a strong female character who takes herself out of the view of the public for a very specific reason. From that I found myself wanting to write about creativity and loss and how you recover from tragedy.

3. Are you a big plotter and planner or a pantser?

I can’t even begin until I have notes spilling off the table and onto the floor. Sequences half-written out, jumping off points, a title before I begin anything; safety nets galore. But somehow I still allow myself some leeway so I can allow the characters to breathe and maybe go their own way. Just not too far…

4. Who are your top five literary inspirations? 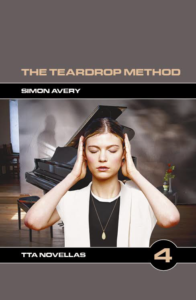 5. Which do you prefer: writing the first draft or doing the editing afterwards to make it shiny?

I like certain aspects of both processes. Although I find the notion of actually sitting down and trying to create something good fraught with all sorts of anxieties, the days when you feel like you’re flying and the characters are telling you what to do make that process completely worth it. Editing is much simpler. I can put on records and play with the dog while I’m doing it. My girlfriend also prefers it to those first draft days where I’m banging my head against the table, wondering what the point of it all is.

6. Can you remember the first story you read that made you want to be a writer?

Early on, in my teens, it was probably something by Jonathan Carroll or Clive Barker. But when I decided that this was something I wanted to do with real conviction, it was ‘And Some Are Missing’, by Joel Lane.

7. What attracts you to speculative fiction?

I enjoy the moment when strangeness creeps into a scene of relative normality, and illuminates some aspect of character or changes the way we see things. I think I’ve been paring away that strangeness over the years, seeing how far I can get with a story before it arrives and turns everything on its head.

8. You get to take five books with you to a desert island – which ones do you choose?

Land of Laughs by Jonathan Carroll, The Course of the Heart by M. John Harrison, Watership Down by Richard Adams, The Magus by John Fowles, The Amazing Adventures of Kavalier and Clay by Michael Chabon.

9. Who’s your favourite villain in speculative fiction, novel or film?

Norman Bates, Hannibal Lecter, the Joker or the Wicked Witch of the West. I cannot narrow that list down! 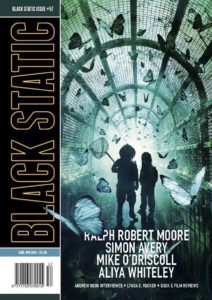 This month sees a new novelette appearing in Occult Detective Quarterly 4 featuring a character that started out in Sunflower Junction, a story that appeared in Black Static 57. I’m aiming to write a series of loosely connected stories featuring him, with a view to collecting them all together in one volume somewhere down the line. The stories reside in a very English area of folk horror and Hauntology. As I get close to the end, I intend to arc the stories into something more connected so that the collection has a very definite beginning, middle and nd.

I’ve also just completed a new novella, called PoppyHarp. I’m delighted with how it’s turned out. It’s inspired by the nostalgia for children’s programming from the seventies, the animation of Jan Svankmejer, Alice in Wonderland, London and the BBC, and Underground bunkers from the Cold War. It felt like I was going somewhere new with it, which is exactly the feeling you want from writing. Once it’s edited, I’ll be sending it out into the world.

Bio: For the last 23 years Simonâs work has been published in a variety of magazines and anthologies, including Black Static, Crimewave, The Best British Mysteries 4, Beneath the Ground, Terror Tales of Yorkshire, Something Remains and Occult Detective Quarterly.Â

A novella, The Teardrop Method was published by TTA Press last year.Â

One Response to The Teardrop Method: Simon Avery