The Voice of Waters of Versailles: Kelly Robson

The lovely Kelly Robson takes some time out to talk about wine, water, and teetering on the edge of darkness.

1. So, what do new readers need to know about Kelly Robson? 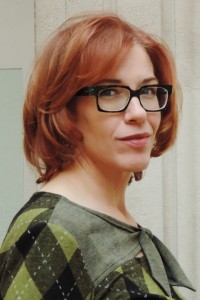 When driving, I always strive to give my passengers the smoothest possible ride. No jerky stops and starts for me and mine!

Same goes for readers. My ultimate goal is to be the kind of writer whose work you can fall into effortlessly.

2. What was the inspiration behind Waters of Versailles (edited by the inimitable Ellen Datlow)?

Looking back, Waters of Versailles formed at a confluence of four wide streams: wine, water, death, and children. Several years back, I had a glorious freelance gig writing the monthly wine and spirits column for Chatelaine, Canada’s largest women’s magazine. At the same time, I was working for environmental scientists, editing and producing a 500-page book about river restoration projects. During that same year, my dad died, and a few months later I took care of my two year-old niece for 36 hours. She’s a great kid, but childcare was the most exhausting thing I’ve ever done.

But that’s just hindsight. The story originally sprouted from the image of the champagne fountain â a giant Baroque extravagance, wasteful and glorious.

3. Tell us about the cover art from the very talented Kathleen Jennings!

Kathleen Jennings is such an amazing artist â I am so lucky to have a cover by her. It’s just glorious â such a striking design!

Not only did Kathleen get all the major characters into it, she also included the monkey and the parrot, which are two of my favourite parts of the story. The cover also includes an Easter egg. If you look closely at the bottom right and left, you’ll see tiny water taps and spouts on the framing pipe design. So clever!

Kathleen has made the art available at her Redbubble store. I’ve bought several items, and I know Ellen Kushner and Tansy Rayner Roberts have both bought a few pieces too â T-shirts and scarves. The art looks even better printed large. I have a big Redbubble print on my bedroom wall, and I hope to be able to save up enough to buy Kathleen’s original when I see her at the World Fantasy Convention in November.

4. When did you first start writing and what made you want to do so?

Books have always been the most important thing in my life. I started young, writing my first book in grade 5 and adapting C.S. Lewis’ The Last Battle for a one-act play in grade 6. With a start like that it should have been full steam ahead, but though I wrote a few things over the years I didn’t get really serious about writing until Nanowrimo 2005. There comes a time in everyone’s life where you realize time is running out and you really should get down to it or it won’t happen. I’ve put hundreds of thousands of words in the trunk over the past ten years, and each one was necessary in learning how to tell a good story.

5. Whatâs your favourite short story ever? 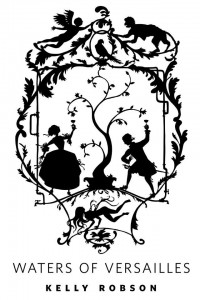 If I had to choose just one, it has to be Connie Willis’ Science Fiction screwball comedy romance Spice Pogrom, which heavily influenced Waters of Versailles. It’s a hilarious, touching story with a cast of thousands. I love the way the plot starts snowballing downhill, taking everything with it. Genius!

My living gods are Connie Willis, Walter Jon Williams, and Michael Bishop. All are brilliant at both short and long form. Outside of the genre, it’s got to be Alan Bennett and Hilary Mantel.

Connie’s new novel is coming out this January. I’ve just found out that Walter is returning to his Praxis space opera universe with a new trilogy, and I’m just thrilled. Michael Bishop had a brilliant novelette in Asimov’s this February, Rattlesnakes and Men, and I hope to see more from him soon. And Alan Bennett has just released a bunch of short stories, old and new.

This is where Tiptree comes into it. âThree Resurrectionsâ draws heavily on the Tiptree novella The Only Neat Thing to Do, which starts off as an aw-shucks space adventure and then has you sobbing uncontrollably through the last third.

âThree Resurrectionsâ is dark. Very dark. It has to be, because it’s my attempt to convey the vast gaping horror I have stood on the edge of since the age of sixteen, when one of my high school classmates disappeared. It was foul play â she was certainly murdered â but her body has never been found. She is listed among the Highway of Tears murders, which are still ongoing along Highway 16 in British Columbia and Alberta, contributing to the epidemic of murdered and missing Indigenous women in Canada. This is a ongoing situation that the Canadian government refuses to deal with.

I like effective villains. They’re strangely hard to come by! My favourite villain is Steerpike from Mervyn Peake’s Gormenghast. He really is the worst. I will never forgive him for what he did to Fuchsia. And his rise from kitchen boy to Master of Ritual is a delicious version of the stereotypical fantasy hero’s rise from obscurity to power.

I love unlovable heroines â the Emma Woodhouses and the Gwendolyn Harleths of the literary world. They’re vain, bossy, and sometimes quite nasty. They think far too well of themselves, but I can’t fault them for it. Healthy self-regard is no crime. And in any case, they are their own worst enemies. In my opinion, Gwendolyn Harleth doesn’t deserve the ending that George Eliot gives her in Daniel Deronda. I would very much like to rehabilitate her.

10. What is next for Kelly Robson?

My Science Fiction short story âTwo Year Manâ is out right now in the August 2015 issue of Asimov’s. And in November I have a novelette in the anthology Licence Expired: The Unauthorized James Bond, coming from Toronto’s wonderful ChiZine Publications and edited by Madeline Ashby and David Nickle. The Ian Fleming books have just entered public domain in Canada, so it’s open season on Fleming’s Bond. My story âThe Gladiator Lieâ is an alternate ending to From Russia with Love. It was so fun and gratifying to work on. I’m still cackling over it. And I’m not alone â every contributor has said that writing a Bond story was the most fun writing they’ve ever done. If the authors had that much fun, you know readers will have a blast.