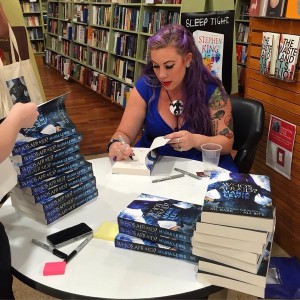 Maria Lewis got her start covering police rounds in a newsroom as a teenager and has been working as a professional journalist for the past 10 years. Making the switch from writing about murders to movie stars was not a difficult decision. A former reporter at The Daily Telegraph, she also wrote about all things film and entertainment related as the Showbusiness Reporter for The Daily Mail. Her work has appeared in the New York Post, Empire Magazine, WHO Weekly, Huffington Post, The Sunday Telegraph, Spook Magazine, Junkee, Daily Life, Penthouse,Â RendezView, CollegeHumor,Â News.com.au and SBS, to name but a few.

As a pop culture commentator she has appeared on SBS, ABC, Nine and many more, discussing everything from film feminism to queer representation on television. She is the producer and host of the Eff Yeah Film & Feminism podcast, which looks at feminism within the pop culture sphere. She contributed a story to Harper Collinsâ anthology Hot Stuff: Surfing Love which was released in December, 2015.

Based in Sydney, she currently works on news program The Feed which airs on SBS 2 weeknights at 7.30pm. Maria can often be found spending much money on comics, watching horror movies at stupid hours, inhaling books on modern feminist theory (aka anything Roxane Gay touches) and holding on to the one belief she has had since she was five: that unicorns exist. She is most likely Idris Elbaâs future wife. Most likely.

Whoâs Afraid? is her debut novel and was released in Australia in January, 2016 through Hachette Australia and worldwide in July, 2016 from Piatkus/Little Brown Books. The sequel is also scheduled to hit bookshelves on January 17, 2017.

Probably nothing, to be honestÂ JÂ If they wanted to know anything Iâd imagine it would be about the Whoâs Afraid? book series as a whole rather than the weirdo who writes it.

2. So, what is Tommi Grayson up to in Whoâs Afraid, Too? 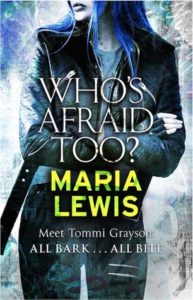 Whoâs Afraid Too? picks up just a few days after the events that conclude Whoâs Afraid? and Tommi is at a point of change. Unlike the first book where she was struggling to accept herself as a werewolf and all of the many things that encompasses, sheâs now in a space of self-acceptance: sheâs not fighting what she is anymore, sheâs trying to better understand it. Events move from Scotland to Berlin and while Whoâs Afraid? was very much all about Tommi and her experiences, the second book is more about the supernatural world as a whole and where she fits within it.

3. Tell me true: does Idris Elba still hold your heart?

*insert deep grunt here* Like, how can he not? Whatâs not to love about a hyper-intelligent, fit, British man? Also, did you see the charity Valentineâs Day campaign he has been running on social media? What. A. Babe.

4. You get to take five books and five movies with you to a desert island: name them.

Ha, I love this question! Movies: Alien, The Fifth Element, Attack The Block, Silence of the Lambs and I canât pick between the final two so either The Phantom or An American Werewolf in London. Books: Matilda by Roald Dahl, Â Nobodyâs Perfect by Anthony Lane, Red Dragon by Thomas Harris, Astonishing X-Men by Joss Whedon and Dead To The World by Charlaine Harris.

5. Do you think women and horror are a natural combo?

Oh most definitely, especially horror toldÂ byÂ women. Just think of the unique perspective works by Mary Shelley, Susan Hill and Anne Rice were able to give us and how enduring those stories have been in the pantheon of horror tales. But when it comes to horror and women in general â namely female protagonists in horror tales â thereâs a lot of horror women live with every day that manifests itself beautifully in the art form. For instance, I write stories about female werewolves at the moment and I was always drawn to those in pop culture because I felt like they said something unique and interesting about what itâs like to be a woman: from Ginger Snaps and Bitten, right through to Blood and Chocolate and When Animals Dream. While male werewolf stories fell into the trap of saying the same shit over and over again, women werewolves were embracing the idea of the feminine grotesque and the concept of living with duality. 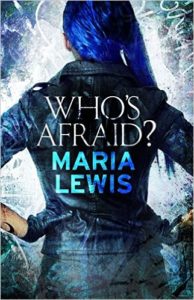 6.What kind of research did you do before you started writing a werewolf series?

It depends on what research youâre specifically interested in, as given the Whoâs Afraid? series starts off in Scotland there was a lot of geographical and historical research required as well as studying the language thatâs used by Scots within the age group of my characters. Iâd always been obsessed with werewolf stories so I had a lot of fun creating my own mythology around that, combining aspects I liked and ditching things I didnât. Yet there was also a lot of research required in areas that you mightnât necessarily think, like speaking with a full moon expert from the University Of Queensland so I could describe and understand the specifics of the moon phases accurately and recruiting a doctor who I could double check everything from cancer diagnosisâ and treatment with to the placement of body parts in a grisly murder.

7. What do you look for, critically, when you review a movie?

Put simply, whether itâs good. Was it an enjoyable ride and were you entertained? Was the story fulfilling and how was that story told (i.e. cinematography, soundtrack, performances, direction)? Also, who told that story and what were the tools at their disposal? For instance, you judge a first time filmmaker on a different scale to a veteran and a $100M blockbuster differently to an indie flick.

8. Who would play Queen Tommi in the highly successful Whoâs Afraid movie franchise?

Haha, I love both the use of âQueenâ Tommi and the assumption that if a Whoâs Afraid? movie series happened it would be âhighly successfulâ. So in alternate world where that would be a possibility, I donât think thereâs anyone better suited for the role of Tommi than Keisha Castle-Hughes.

9. You get to be a superhero for a day: Wonder Woman or Black Widow? 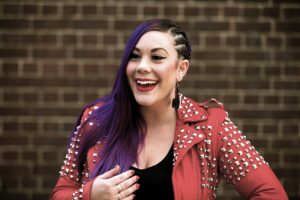 I love Black Widow as a character and her run in the comics is one of the most interesting and complex female characters BUT Wonder Woman is an Amazonian princess bad-ass WITH superpowers. You get flight, super strength and the ability to kick intergalactic assholes in the dick if you so choose â how could you not say Wonder Woman?