I Hate Birds and Light! Or Why The Hell Am I Awake??

Normally, I like the fact that my house is light … but at 4am, when the birds begin to twitter happily (oh what I wouldn’t give for a Whomping Willow), after I’ve had a late night of required reading of the repetitive, childish dross that is Max Frei (there, I said it – how many fracking
Read more…

Iâve written about blogging as a tool of author promotion before over hereÂ  (in a grumpy manner). Iâve spoken about writing first, promoting later â i.e. write your book first, then start with the self-promotion. Â Today I feel a little more temperate. Or I did before I started writing â¦ then I started to think about all the
Read more…

Trent Jamieson cracks me up. Not only is he an awesome writer of note, he also has made this.

He also hasÂ a hat with a green band, a Book CornerÂ and a new book, Managing Death.

And here it is, a cover that could only be improved by the addition of an otter.

Lisa L Hannett’s Bluegrass Symphony – please note, in the words of Russ the Publisher, no cattle were hurt in the production of this collection. 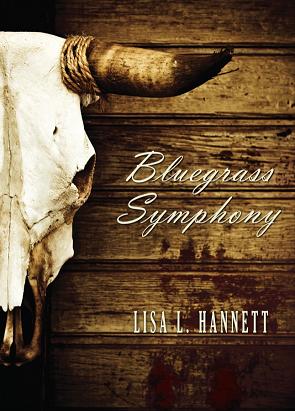 TPP has announced the first of the new 2011 special series:

Twelfth Planet Press announces the first collection in the Twelve Planets series to be released in January, 2011.

In a future world of extreme climate change, Western Australia’s capital city, Perth, has been abandoned. Most of the state’s citizens were evacuated
Read more…

I have seen the cover of LL Hannett’s Bluegrass Symphony from Ticonderoga Press and it is truly squeeeee-worthy.

I have finally seen the start of Peter M Ball’s work-in-progressÂ Black Candy and I predict a Tiptree.

I wrote another 3000 words on the
Read more…

On the weirdness of dreams

Ever had one of those dreams that takes you over and is so convincing that when you wake up you are absolutely sure that it happened? On most occasions, if I’ve dreamt that I’ve had fight with someone I will wake up with a full blown grump at that person. I will, of course, have to give myself a good
Read more…

QWC is running an author platform masterclass this Saturday. There are 3 places left. This is not for newbies, but if you’re an author who already has a web presence and wants to get more out of that platform, then head along to this event. The masterclass is taught by Kate Eltham, the woman so smart she’sÂ reputed to have four
Read more… 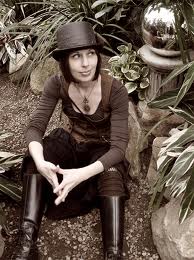 Steampunk! Zombies! Alternative civil war history! Southern Gothic via the graces of Eden Moore! Cherie M. Priest has nine novels under her belt, with five more on the way. Why? Because she’s another over-achiever, like so many of the writers
Read more…

There is an auction happening, with stuff that is cool

November 14, 2010 | News | Comments Off on There is an auction happening, with stuff that is cool

SpecFaction NSW Inc, the group that took over running the Aurealis Awards from the awesomeÂ Fantastic Qld, is running an auction on eBay. The media release is below:

Signed Speculative Fiction on Sale!
Some of the biggest names in Australian speculative fiction have cleared out their cupboards and the contents are being sold on Ebay!Â

Where else can you buy an original print from
Read more…