Iâve written about blogging as a tool of author promotion before over hereÂ  (in a grumpy manner). Iâve spoken about writing first, promoting later â i.e. write your book first, then start with the self-promotion. Â Today I feel a little more temperate. Or I did before I started writing â¦ then I started to think about all the stupid stuff Iâve witnessed in relation to this â¦ and then I had a cuppa and a piece of choclit and calmed down.

So: whatâs a blog/website for? (Note that I have conflated the two thingies in my non-technical fashion â but you know what I mean.)

So, itâs a powerful tool for good writerly platform things. Conversely, it is also a potential source of great evil if improperly used â and you can make a horrible mess in a careless manner that you will spend a lot of time cleaning up later.

Possible rabbit holes to be aware of falling into: 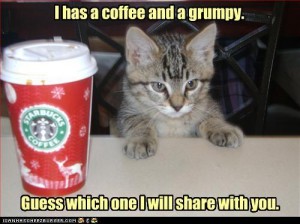 This entry was posted in On Writing: General and tagged blogging. Bookmark the permalink.