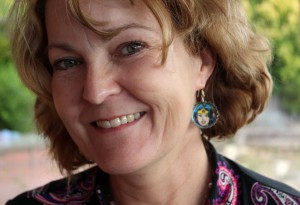 What was the inspiration for your story, The Seventh Relic?

Walking up and down the hills behind our house one day, I was struck by the view across low lying suburbs; a splash of light falling on the Nan Tien Buddhist temple, reputedly the largest of its kind in the southern hemisphere. Iâd visited the temple a couple of times and been amused by the horrible gaudy statues scattered about the otherwise quite beautiful gardens.

Seventh Relic is a mishmash of many ideas and impressions. People I’ve interacted with, details I have parsed, particularly from 15 years ago when I lived in Sydney and worked in boring office jobs. I used to take a lot of classes — dance classes mostly. I used to meet a lot of women, some of them cool and interesting, others less so. Danielle is a pastiche of some of those women mixed in with some of me. I wanted to write a character so shallow, so vacuous and hollow that her lack of content almost becomes a transcendental force in itself.

A few things: that I do not write consolatory or comfortable fiction. That,one way or another, all of my stories are themed commentaries on society. That most of my stories are dark, although I do live in hope that this may not always prove to be the case. That studying climate change and climate fiction has utterly altered the way I see the world — and the world is reflected in every word I write. 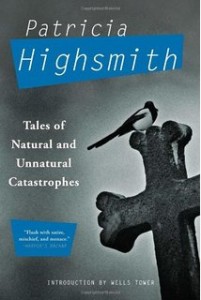 Not as such. The process didn’t work that way for me. Rather what happened was that I became so much of a fan, so serious about my love of particular genres that I wanted to crawl inside the fiction, to live inside of it. The only way to achieve this was to become a storyteller myself. Something like that anyway.

I do recall buying a collection of Patricia Highsmith short stories before embarking on a long and tedious coach trip nearly 20 years ago â I can’t remember when or where â only that the book cost one dollar and that the stories freaked me out completely and made me wonder how the hell do you do this? The stories were so unusual and clever. Tales Of Natural And Unnatural Catastrophes the collection was called. (I just Googled to make sure I got the title right but I didn’t need to â some things once embedded in your head remain there).

I’m not sure I can name my top five authors â such a list is in a constant state of flux but I can definitely name my top two of the moment. Kim Stanley Robinson and David Mitchell. Robinson for his deep concerns for our world, its future fate and continuing existence. The way he uses science to enhance and illuminate human condition(s), despite consistently referring to himself as âmerely an arts majorâ. My love affair with his work began with Red Mars, a novel so detailed, so intricate, that I couldn’t help but believe every bit of it. When I am 100 years old and barking mad, I reckon I’ll remember myself as one of the first 100 Martian colonists, because it certainly feels like I was one of them. But Robinson didn’t stop at Mars. 2312 was the text that altered my perspective on gender fluidity forever and Auroraâ¦ Just go read it. Read all of his books.

And as for Mitchell â¦ Where do I even start? His wordsmithery is beyond compare. Crispin Hershey, aside from being a rollicking good read, contains some of the most sophisticated deep time wingnut fantasy conspiracy theory conceits that I have ever come across â plus the utterly adorable Crispin Hershey, the offensive writer to trump all offensive writers everywhere. Were I to write a novel as deeply layered and engaging as this one, I would probably lay down quietly and die when I got to the end, my work on this planet done. But not Mitchell. Oh no. Only one year on and he has already banged out another book. I’m too scared to read it in case my head explodes. I thought The Bone Clocks was better than Cloud Atlas. I want to go back and read again, even though it’s bigger than the Bible.

The future of Australian spec-ficis …?

We are definitely getting sharper and smarter. More of us are doing it better, transcending our borders and finding homes for our stories in big classy foreign publications. Our landscapes and cultures are becoming more familiar to overseas readers. I think the days of fictional cultural cringe are now firmly behind us.

Cat Sparks is a multi-award-winning author, editor and artist whose former employment has included: media monitor, political and archaeological photographer, graphic designer and manager of Agog! Press amongst other (much less interesting) things. Sheâs currently fiction editor ofÂ Cosmos MagazineÂ while simultaneously grappling with a PhD on YA climate change fiction.Her debut novel, Lotus Blue, is forthcoming from Skyhorse Publications.