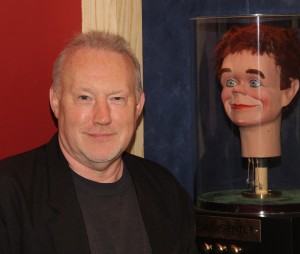 Today, we start a series of interviews with just about everyone involved in the new anthologyÂ Horrorology: The Lexicon of Fear, edited by Stephen Jones and published by Jo Fletcher Books. Please welcome our first victim!

STEPHEN JONES lives in London, England. A Hugo Award nominee, he is the winner of three World Fantasy Awards, three International Horror Guild Awards, four Bram Stoker Awards, twenty-one British Fantasy Awards and a Lifetime Achievement Award from the Horror Writers Association. One of Britainâs most acclaimed horror and dark fantasy writers and editors, he has more than 135 books to his credit, including The Art of Horror: An Illustrated History; the film books of Neil Gaimanâs Coraline and Stardust, The Illustrated Monster Movie Guide and The Hellraiser Chronicles; the non-fiction studies Horror: 100 Best Books and Horror: Another 100 Best Books (both with Kim Newman); the single-author collections Necronomicon and Eldritch Tales by H.P. Lovecraft, The Complete Chronicles of Conan and Conanâs Brethren by Robert E. Howard, and Curious Warnings: The Great Ghost Stories of M.R. James; plus such anthologies as Horrorology: The Lexicon of Fear, Fearie Tales: Stories of the Grimm and Gruesome, A Book of Horrors, The Mammoth Book of Vampires, the Zombie Apocalypse! series and twenty-six volumes of Best New Horror. You can visit his web site at www.stephenjoneseditor.com or follow him on Facebook at Stephen Jones-Editor.

What was the impetus for putting together Horrorology?

After the success of A Book of Horrors, a few years ago I pitched a couple of high-concept anthology ideas to Jo Fletcher at Jo Fletcher Books. She liked them both. So we decided to bring out Fearie Tales: Stories of the Grimm and Gruesome first, in time for the 2013 World Fantasy Convention in Brighton, and then follow it up with Horrorology: The Lexicon of Fear.

I like doing these bigger anthologies every couple of years, rather than being on an annual treadmill. It not only makes each of them more of an âeventâ book but, because of the more complicated nature of the JFB anthologies (a featured artist, all-original stories etc.), we actually need that amount of time to put them together and make them as classy as possible.

It also doesnât help that I try to get some of the more â shall we say âestablishedâ â authors for these anthologies. These are writers at the top of their game, and consequently they are invariably much in demand. Thatâs another reason why I like the longer lead time â so that we can give the contributors space in their writing schedules to come up with something a little more âspecialâ . . . 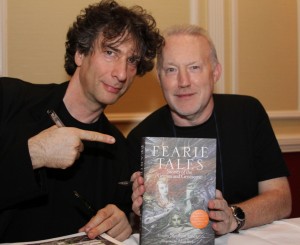 Did you have a âwish listâ of authors for this anthology?

I always have specific authors in mind for any anthology â especially one like this, which was invitation only. I went after a number of ânamesâ and some we got and others, for various reasons, we didnât. I was also lucky that a couple of the contributors already had finished stories that I could use in the book. This is always the way when you are compiling an anthology. The book changes, grows, as you go along, and it doesnât always end up quite how you imagined it would when you started out.

The other thing with the JFB books is that we have now established something of a ârepertoryâ group of writers, who I like to mix up between the various projects, while also bringing in different names where and when I can. There is a core of authors â yourself included â that I love to work with because I know that I will get exactly what I want from them for the book. I trust them, and that makes my life easier as an editor. We have a working history. And then there are the newer authors I bring to the project who might be a bit more of a wild card and surprise even me.

It is always more difficult when a writer has to work within a specific set of thematic guidelines, which all the contributors have had to do with my JFB anthologies so far. The good thing is that my concepts tend to be fluid enough that we can usually work something out in the end. I only lost one story from Horrorology, and that was because the author decided to sell it to a better-paying market, and I couldnât compete with that. As it is, I still bought it in the end â but as a reprint for Best New Horror!

What makes Clive Barker the perfect illustrator for Horrorology? 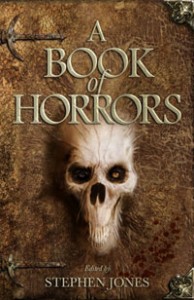 With each of the JFB anthologies we start out asking ourselves who would be the best artist to work on the project. That will also give me a clue as an editor as to how the book is going to âcome togetherâ. I have also worked as a designer all my life, so I try to be very âhands onâ when it comes to the look of my books, and for the most part I think that has worked very well.

To be honest, my initial suggestion to Jo Fletcher was that we should use H.R. Giger. A number of people were surprised that he was still alive and, in fact, he sadly died while the book was being compiled. It was Jo who actually suggested Clive. I had wanted a story by him anyway, and she thought that he would be a perfect fit as an artist as well. I agreed. We made an approach, and he accepted, and that was it.

The funny thing was that as the anthology developed I realised that it was becoming a kind of homage to Cliveâs classic Books of Blood. This led me to add the âwrap-aroundâ material, putting the book in context just as Clive had done with his first set of collections. In fact, I even managed to slip a little âtributeâ into the opening section. So, having Clive contribute the dust-jacket illustration and interior illustrations, along with an original short story, seemed somewhat appropriate.

Obviously, Clive and I have worked together on various projects since the mid-1980s, so we also had a bit of fun with the bio at the back of the book as well . . . 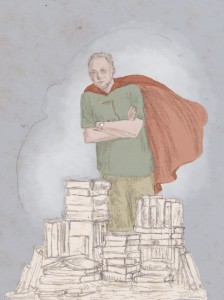 Hmm . . . given what happens to our narrator in the âwrap-aroundâ material, Iâm not so sure. But then again, who could pass up the opportunity to look at all those lost and forbidden books that have been hidden away from all but a select few for centuries . . .? No matter how horrific the ultimate consequences are . . .

The Library of the Damned material also allowed me to pay tribute to the work of H.P. Lovecraft and Clark Ashton Smith, which is never a bad thing so far as I am concerned.

Ha-ha! Well it sure as hell isnât Clive â or me â any longer! To be honest, I fear for the future of horror. Oh, thereâs no lack of self-published, print-on-demand, ebook-only horror â the market is literally swamped with it. But thatâs not going to support the future of horror, despite what some people may think.

We need properly paying markets â we need professional publishing imprints to include horror on their lists and to pay a fair sum for the fiction they use, otherwise there will be no professional horror writers in five yearsâ time. Just part-time authors, writing whenever they can between a full-time job because they canât afford to live any other way.

Without the support of professional publishers and editors, writers are never going to learn about style, construction, spelling, punctuation, and all the other things that will help their work stand out from the rest. No matter how long youâve been published, you always need a second opinion from somebody who knows what they are doing. With Horrorology I not only had Jo, but Nicola Budd was also my editor on the project as well. And thank god they were both there for me â they caught numerous things that I had missed or hadnât thought about that ultimately made the book better in my opinion.

And if authors canât earn a decent living from their work, then eventually most of them are going to go off and do something else. And then where will horror â and all the other literary genres â find its new stars? How will writers learn their craft, and develop, and become the best-sellers of the future? These are the questions that worry me as I see how dramatically the horror genre â and publishing in general â has changed in just the past few years.

But I guess my biggest concern is that we are losing the readership. I go to conventions now where people donât care about reading in the genre any longer. Oh, they like to dress up as characters, play games, or watch film and TV adaptations, but they just are not interested in going back and reading the source material (let alone anything classic or new that they may be unfamiliar with). They donât seem to realise that there would be no Game of Thrones TV show or tie-ins without the hard work that George R.R. Martin put into his original novels. The same is also true for so many other popular franchises that are based on literary works.

If successive generations stop reading novels and short stories then, eventually, there will be no new ideas and all we will be left with are remakes of remakes because nobody knows anything better. Iâve gone on record as describing this as the âMorlocks vs. Eloi Syndromeâ â and if you donât know what that is a reference to, then the genre is already in more trouble than even I realised . . .!