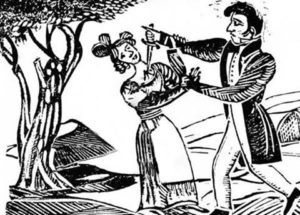 I’m delighted to announce that I’ve sold “The Heart is a Mirror for Sinners” to Egaeus Press for their superb new collection, Murder Ballads.

In the early months of 2017 Egaeus Press will publish MURDER BALLADS, an anthology of stories inspired by that ancient oral tradition: Tales that share the intimacy of a fireside song, a family secret, a Victorian melodrama or the crumbling front page of a tawdry antique newspaper. They range from the folkish to the mythic; from the stuff of disquieting nursery rhymes to cautionary fables of crime and punishment: Sometimes tragic, occasionally humorous, often frightening, and frequently reminiscent of something from a blood-soaked penny-dreadful.

More information will be made available as it comes to light.