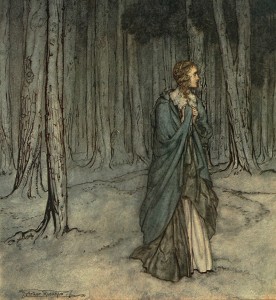 Today was supposed to be editing day, but new words are pushing their way out.

I know better than to fight.

“There are bones buried beneath, he can feel it; unhappy, exhausted bones, used long beyond their intended years. But not even a pale shade can shuffle through the stones, up into the air. The bones are cursed, and more: they are caught in place by their function, to act as a surety for the buildingâs foundations. He can sense them, although they were never mentioned by Grandmamma Theodora in her tales. However, he supposes the cathedral has stood for a long time, longer than Theodora lived near it, in the adjacent palace. She could have learned only so many secrets, for not all secrets are spoken. Not all leave a trace.”