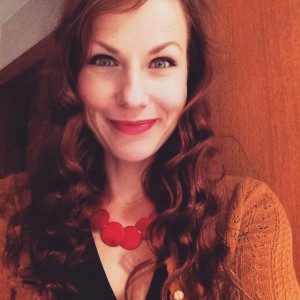 Lisa L. Hannett has had over 60 short stories appear in venues including Clarkesworld,Â Fantasy,Â Weird Tales,Â Apex, theÂ Year’s Best Australian Fantasy and Horror, andÂ Imaginarium: Best Canadian Speculative Writing. She has won four Aurealis Awards, including Best Collection for her first book,Â Bluegrass Symphony, which was also nominated for a World Fantasy Award. Her first novel,Â Lament for the Afterlife, was published by CZP in 2015. You can find her online atÂ http://lisahannett.comÂ and on Twitter @LisaLHannett.

What inspired your story “Sugared Heat”?

I often think about how, as a kid in Canada, Iâd go on school trips out to the sugar bush to tap maple trees for syrup. (There were taps plugged right into the trees! And weâd pack snow onto popsicle sticks and drip syrup right onto them!) I was also thinking about really small, really isolated towns (again, as I often do) and the lengths to which the people who lived in them might go to avoid too much inbreeding. (Assuming theyâd be okay with a bit of inbreeding, of course.) At the same time, Iâd been thinking a lot about dryads, and also about terrible skin afflictions â and wouldnât tree bark make an excellent back-scratcher, if you got hold of a big enough slab? But surely the dryads wouldnât be all that keen on giving up their bark, I thought. Maybe it would be better if you stripped down and rubbed up against them â¦ which sent the story spiralling in a much darker direction than I expected, given that the whole train of thought kicked off with kids and maple snow-popsicles.

I Am Legend, by Richard Matheson. (The book, not the film, which was dreadful.) The way those vampires taunted Neville when he was barricaded inside his house at night has stuck with me for years. It was such an inhuman â but human âthing they did to him. Brilliant psychological horror.

Shirley Jackson. Robert Shearman.[Insert all other horror writers here because how can I narrow it down to three? What a cruel, cruel task.]

I like the umbrella term âspeculative fictionâ because itâs broad (and unspecific) enough to encompass all of the sorts of stories I write. My work is mostly strange, sometimes creepy, often unsettling â all trademarks of horror, I suppose â but I rarely consciously sit down in front of my computer and think, âToday, Iâm going to write horror.â (Or fantasy / science fiction, for what itâs worth.) Bluegrass Symphony contains stories I thought maybe were mostly fantasy, but theyâve also been received as horror (âThe Short Go: A Future in Eight Secondsâ won âBest Horror Short Storyâ at the 2011 Aurealis Awards; meanwhile the collection itself was nominated for a World Fantasy Award.) Midnight and Moonshine is pretty firmly fantasy, and The Female Factory is science fiction in that its stories rely on scientific concepts and questionsâ but there is nary a spaceship or planet (other than Earth) to be found in that collection. All of my uncollected stories straddle the fantasy/science fiction/horror borderlines, too. The ones I think might be science fiction get bought by horror venues, the ones I think are horror get bought by fantasy markets, the ones I think are fantasy wind up as something in-between. And then thereâs Lament for the Afterlife, my first novel, which is a mid-apocalyptic dark fantasy horror war story. Think Platoon meets Panâs Labyrinth meets Things We Didnât See Coming, and that starts to describe itâ¦

Iâm 95% of the way through The Anchoress by Robyn Cadwallader, so thatâs at the top. Iâm also partway through The Buried Giant by Kazuo Ishiguro, so thatâs next. Iâm also well into Redeployment by Phil Klay, which Iâm reading slowly so that it lasts longer, but Iâll have to get to the end sooner or later. After that I want to re-read Hild by Nicola Griffith (because I devoured it the first time, and now want to savour it). Then Iâve got Sweetland by Michael Crummey lined up (whose previous book, Galore, is one of my favourites of all time). I also want to read Archivist Wasp by Nicole Kornher-Stace.