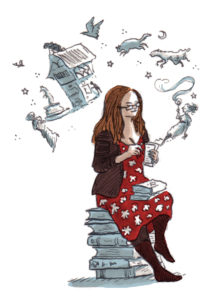 The thing about writing a book is that it takes so long. And this is not a complaint, merely an observation[i]. This is my personal experience.

From the first tiny spark that you breathe life into to that moment when youâre seeing it on shelves … it takes quite a while.

Firstly youâve got to think about it.

Then youâve got to start writing it.

Then youâve got to finish it.

Then youâve got to edit it.

Then you have to find a publisher who likes it.

Then someone else has to edit it.

Then youâve got to re-edit it while setting aside your ego, insecurity, doubts, insanity and periodic urges to shout âYou maniacs, you blew it all up!â whilst shaking your fist at the sky.

Then you send it back to the publisher.

And maybe they send it back again.

And then you go over this thing again – this thing that was your most beautiful and favoured child, but which youâre starting to suspect is instead a changeling left lying in the cradle by trolls or fairy folk just to fuck with you – and then you send it back again.

And then, maybe it doesnât come back again.

Because just maybe itâs ready … or as close as itâs ever going to be in this world and the next.

So then youâre on to looking at cover designs (if youâre lucky you get asked which artists youâd like, and if youâre not lucky then oftentimes youâre really not lucky).

And then youâve got to ask people you admire to say nice things about your book for the cover quotes (and thatâs a special circle of Hell right there, sadly neglected by Dante).

And then youâve got to write (if you havenât done it prophetically back in the Beginning of All Things) a jacket summary for the book, to make either a novel or a bunch of disparate stories look enticing. Sometimes that feels very much like youâre putting lipstick and a peignoir on a rather large show pig.

Then you realise you need to update your bio, and as youâve been doing this gig for longer and longer, your bio gets longer and longer, but youâve got to Sophieâs Choice your favourite babies … and suddenly achievements that felt like a lightning strike seven years ago suddenly look a bit cobwebby and you feel unutterably sad (but youâll probably utter it anyway coz writer) … and then you ruthlessly rework your bio with a sense of nostalgia that makes you a little ill …

And then youâve got to find your author photo, which in my case is 12 years old and I actually look like 72 chipmunks in a trench coat nowadays, and I know I need to replace it but Iâll still go with the old photo for a while longer (read: deathbed) …

The above doesnât mention the stuff in life that will throw you off course: love, death, day job, time spent with pets, partners and offspring, breakups and breakdowns, roof cave-ins (actual and metaphorical), bushfires, heavy snowfalls, floods, writerâs block.

The above doesnât even factor in the delays that are out of your control: happenings in the life of your editor/publisher that throw them off course. Anything from pet surgery to bankruptcy, from broken limbs to scandals of all hues.

But then one day, itâs ready. And then everythingâs urgent. So you have to put aside the new book youâre working on and go back to thinking about the old one, which has become a bit like the kid you fondly sent off to boarding school or put on a tramp steamer for a trip around the world some time ago … and suddenly they demand your attention again.

And again, this is not a complaint.

This is a summary of how it happens for me, every time. This is something new and hopeful writers (whoâve not yet developed a thousand-yard stare) can read and take pointers from to help them manage their expectations. Theyâll need it if they keep on this thorny, burning, chocolate-strewn, whisk(e)y-flooded path.

Itâs different for other writers, of course it is.

A warm coat and heavy boots for those terrible Russian winters of the soul.

A doomsday prepper-level stash of chocolate and whisk(e)y to help you get by.

And all this was spawned because my next collection is almost ready and is demanding my attention. And I had to rewrite my bio. And look at that ancient author photo and say âYeah, one more yearâ. And thank Past Me who had already written a summary two years ago. And be grateful that I also sought out author quotes two years ago so my soul isnât burning with that particular shame today at least. And be so darned grateful that when I work with PS Publishing they ask me who I want as a cover artist and they listen and that Daniele Serra did the most beautiful illustrations based on my novella Ripper.

May your path be strewn with good things as well as bad, and eighteenth-century fainting couches at reasonable intervals along the way for dramatic sighing and crying, general pausing and power naps. 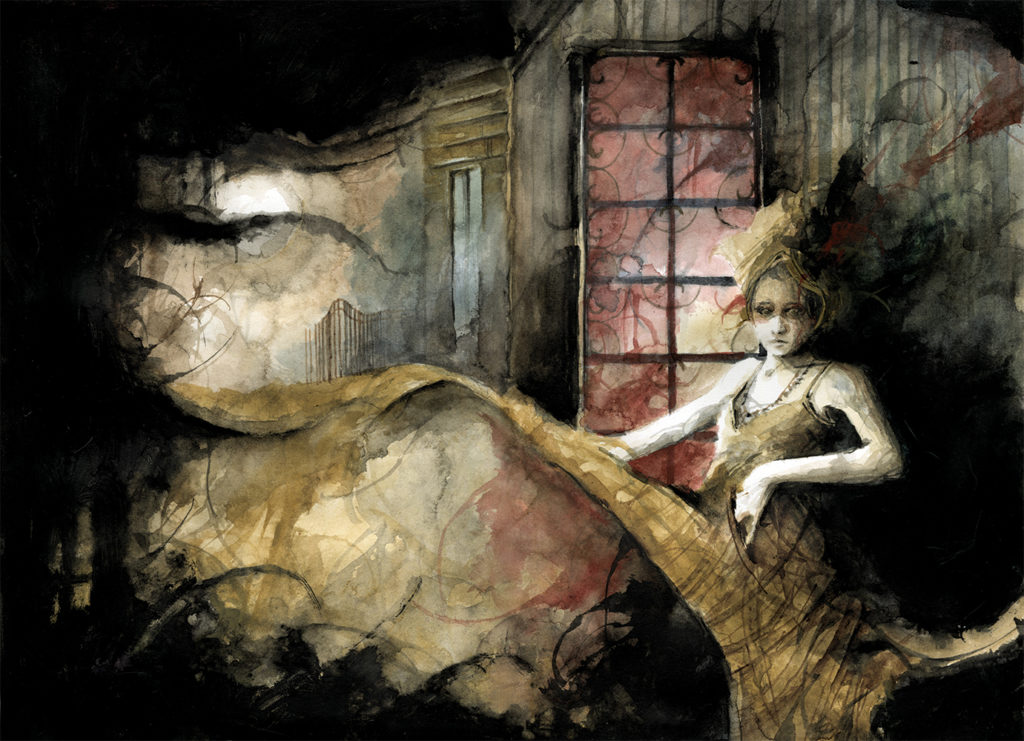 [i] So if your instinct is to bitterly say âWell, at least your books are publishedâ, then can I suggest that you donât read any further? The door is over there, donât let it hit you on the way out. This post isn’t meant for you.

This entry was posted in News, On Writing: General and tagged angela slatter, Daniele Serra, horror, ps publishing, short stories, The Heart is a Mirror for Sinners and Other Stories, writers life. Bookmark the permalink.